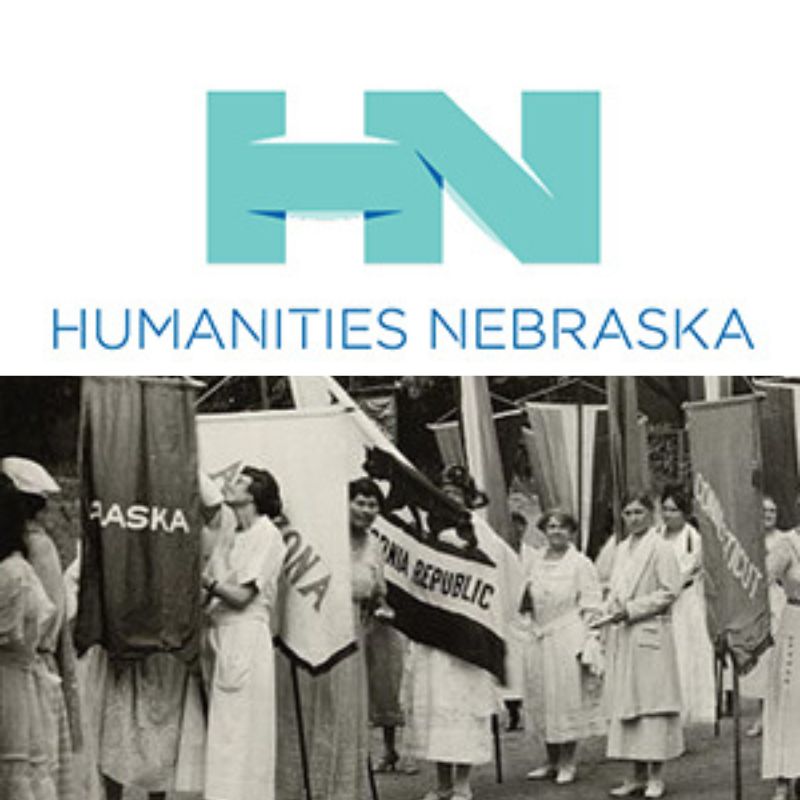 Humanities speaker, Dianne Bystrom, will trace the history of the 72-year campaign for women’s right to vote in the United States, focusing on the final winning effort that led to the ratification of the 19th Amendment.

Humanities Nebraska (HN) provides major funding for this program. HN receives support from the National Endowment for the Humanities, the Nebraska State Legislature, the Nebraska Cultural Endowment, and private donations.

More about the Speaker: DIANNE BYSTROM, PH.D.
Dr. Dianne Bystrom is director emerita of the Carrie Chapman Catt Center for Women and Politics at Iowa State University. She directed the center for 22 years before retiring in August 2018. She also founded Iowa State’s Leadership Studies Program and served as its director for 10 years. At Iowa State, she taught courses on women and politics, political campaigns, and women and leadership. Dr. Bystrom has contributed to 26 books as a co-author, co-editor or chapter author—including:

Democracy Disrupted: Communication in the Volatile 2020 Presidential Election;
Women in the American Political System: An Encyclopedia of Women as Voters, Candidates, and Office Holders; and
Gender and Elections: Shaping the Future of American Politics

She also has written journal articles on women and politics, youth voters and the Iowa caucus. Dr. Bystrom currently serves as director of communications for the League of Women Voters of Nebraska. She speaks often to community groups and professional organizations about political and women’s issues. Dr. Bystrom earned a bachelor’s degree in journalism from Kearney (NE) State College and a master’s degree in journalism and Ph.D. in communication, both from the University of Oklahoma.