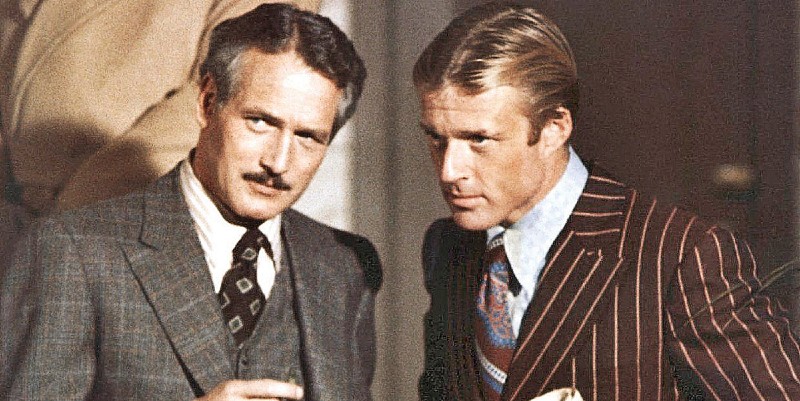 Join us for Throwback Classic! Robert Redford and Paul Newman teamed up for this 1973 caper film that was set in 1936. The film won seven Academy Awards (R), including: Best Picture, Best Director, Best Original Screenplay, Best Art Direction, Best Costume Design, Best Film Editing, and Best Score! Don’t miss it on our Super Screen!
The Plot: A small time grifter unknowingly steals from a big time crime boss, when he pulls a standard street con. This sets off a high stakes game between the good guys, the bad guys, and a variety of side players who want a piece of the action.