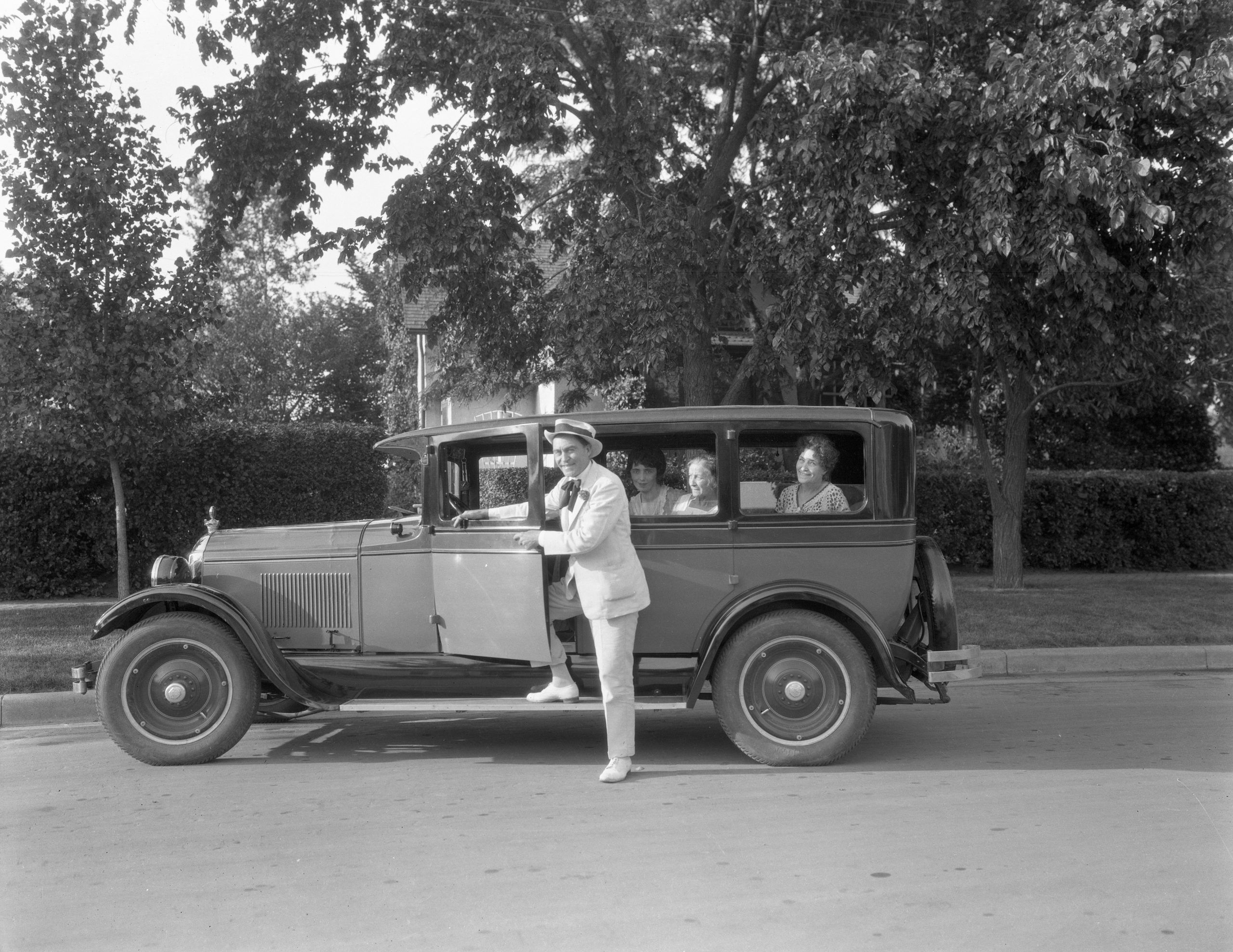 Adam Breede with his two sisters and a niece, ca. 1920s. Courtesy of Hastings Tribune. 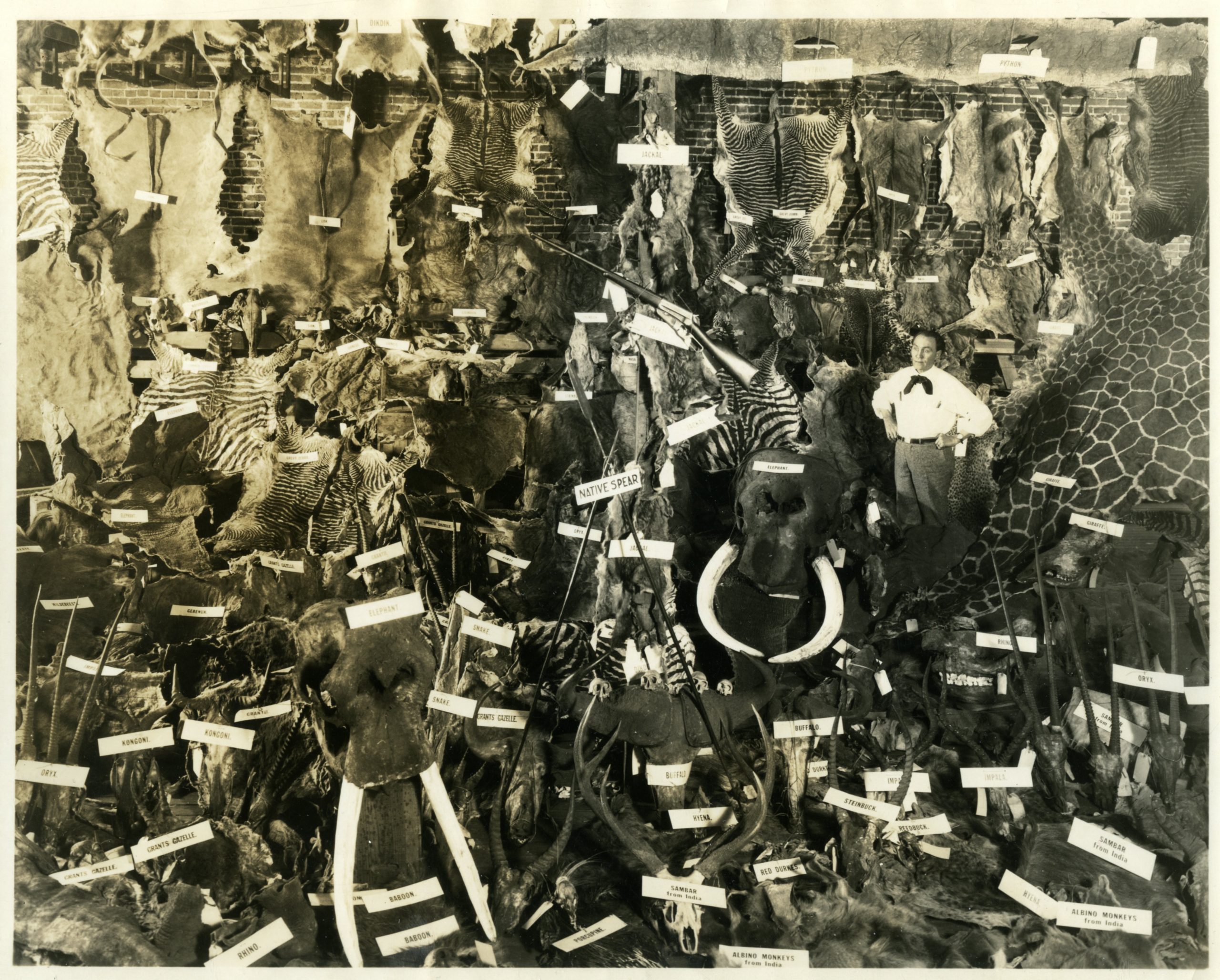 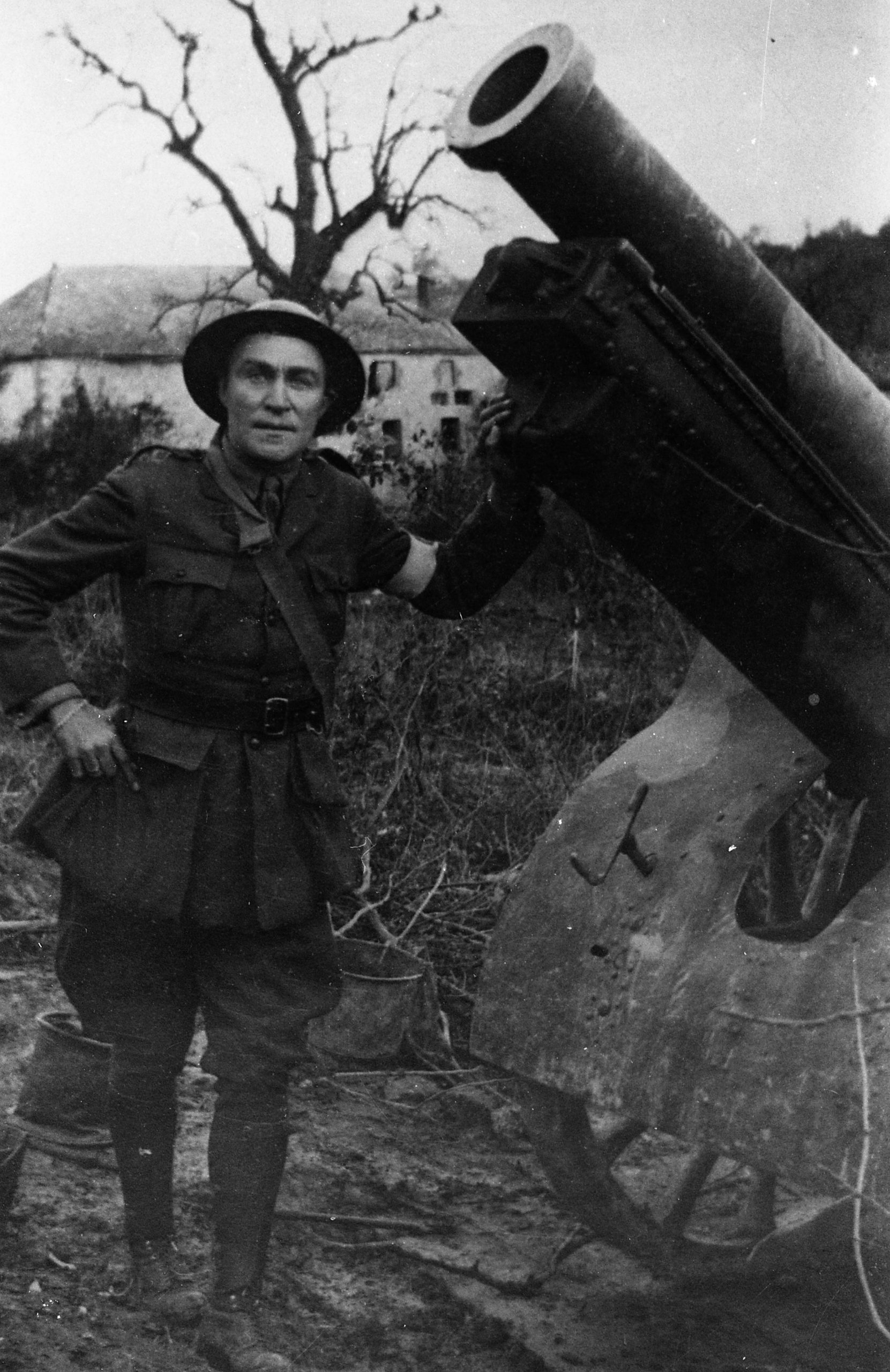 Odam Breede was born to William and Anna Marie (Cook) Breede in Plattsmouth, Nebraska. William had immigrated to the United States from Holstein, Germany, in 1860. He spent a few years working as a coppersmith until he married Anna in September 1865. They settled on a farm near present day Lincoln. The family then resettled to Hastings in 1876. While in Hastings, William was actively involved in civic affairs, serving on the city council for eight years. He also was the editor of a German weekly newspaper, Nebraska Volksfreund, until it ceased operation in 1899. He worked for his father at the Volsfreund until the mid-1890s. It was perhaps due to some of his father’s influence that Adam began to take an interest in journalism.

His passion and ambition led him to purchase the Hastings Independent Tribune from A.H. Brown in 1894. Local legend recalls that Brown was so impressed with the eager young man that he sold it to Adam for $1. Adam changed the name to the Hastings Tribune and ran it as a weekly newspaper until 1905 when it began printing as a daily. Adam was a very hands-on editor and wrote prolifically for the tribune and other newspapers across the nation. He was also active in the Nebraska Writers Guild and various press associations. At the start of World War I, Adam enlisted with the military to become a war correspondent. He spent two years covering the battles in Europe. His column appeared in the Tribune, as well as nearly 200 other newspapers across the country.

Adam’s time not spent at the Tribune was dedicated to other endeavors. As an avid hunter, Adam spent much of his time on adventures in far off places such as Central America, Mexico, and Alaska. His many trophies were stored in the upper floors of the Tribune building. In 1925, Adam undertook his greatest adventure yet, a four-month world tour. The trophies taken during his tours in Africa and India were to be donated to the University of Nebraska Museum. The Museum was unable to accept the donation until money could be raised and a permanent place could be arranged. During his trip, Adam contracted black water fever, a complication of malaria. The symptoms appeared during the voyage from Africa to India. He was believed to be near death’s door when he arrived in Bombay but miraculously survived. Adam returned home and wrote a book titled Adventuring, which details his journey.

A mysterious man whose life became the stuff of legends, tales of Adam’s life and adventures have made it difficult to separate fact from fiction. Memories describe him as a mixture of talents and tastes. His whimsical and artistic nature can be seen in many poems and quips written in his column, Tribune Tips, and other newspapers. As a prolific writer, Adam wrote many pieces including the original musical composition, Nebraskaland, Nebraskaland The State of ’67. Adam also tried his hand in film. The Live Dud was a silent film based on World War I and utilized local actors. It was shown at the City Auditorium in July 1927.

Personal image was very important to Adam. Locals recall he started wearing a fashionable suit everyday with a red carnation in his lapel, in memory of his mother. Adam would leave the Tribune offices with a new, crisp one dollar bill and purchase his first cigar of the day. Store clerks and those he interacted with were delighted to have just a little part in his daily routine. One of the most memorable stories about Adam comes from his first time as a war correspondent. David Lewis, a reporter for the Tribune, tells of a telegram that the newspaper received from Adam. It read: “PLEASE SEND GRAY PANTS –ADAM.” After much debate, the cable was sent to Washington for decoding and it was concluded that Adam did, indeed, want gray pants. Adam would later explain that he and other correspondents had been out on the town, when he looked down at his uniform and thought it would be great to get back into something gray. The citizens of Hastings would retell this tale for years to come.

Just as in life, Adam’s death is the stuff of legends. In the spring of 1928, Adam was on his way to join a party of Missouri editors when he was struck down with the effects of black water fever. He took ill in Kansas City where he remained until his death on March 1, 1928. The Tribune was left to his brother, David; sister, Louise; and five other individuals. The Tribune remained part of the family until it was sold to Seaton Publishing of Manhattan, Kansas, in 1937.