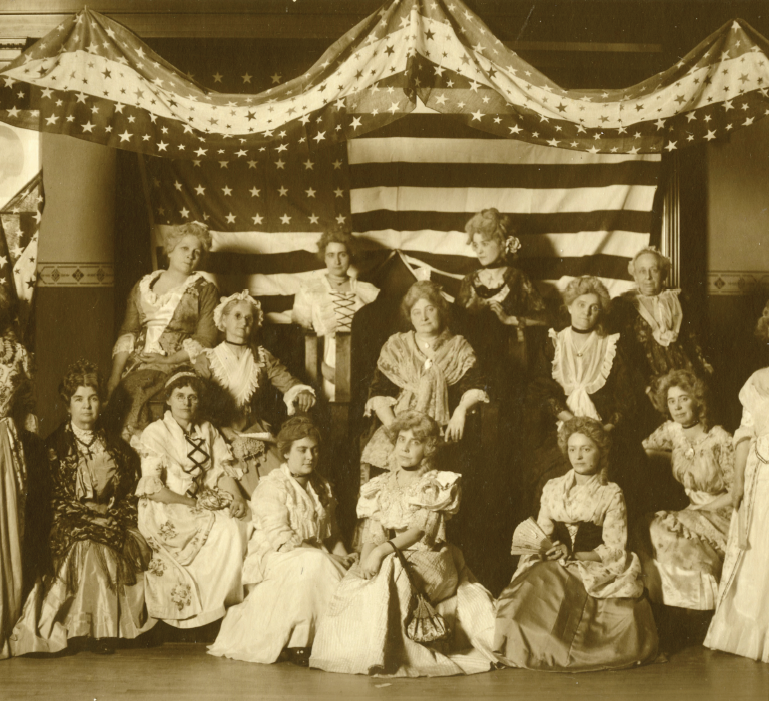 Awana Hettie Kersey Painter was born to Quaker parents, Jesse K. Painter and Sarah (Early) Painter in Jersey City, New Jersey. Her family, which could be traced back to colonial times, was full of strong women. Awana’s grandmother, Dr. Esther “Hettie” Kersey Painter, was a large influence on her life. Hettie studied medicine and graduated from the Penn Medical University in 1860. She became a well-known figure on the battlefields during the Civil War, as she volunteered her medical services to the Union Army. In addition to working in the hospitals, Hettie and her family, which included her husband, John, and two sons, Jesse and Leicester, were supporters of the anti-slavery movement. Their home was always open to fugitive slaves. In the years after the Civil War, Hettie opened many clinics across the country including Salt Lake City, Sacramento, Cheyenne, Washington, D.C., Richmond, before finally settling in Lincoln, Nebraska.

Shortly after Awana’s birth, the family traveled west and settled in Cheyenne. Her father and uncle were telegraph operators on the Union & Pacific Railroad. After living in Cheyenne, Longmount, and Denver, the family moved to Houston, Texas, in 1875. There were very few schools in Texas, and therefore Awana’s education was sporadic. As an eager reader, Awana was highly educated in some subjects but less knowledgeable in others. She was sent to a young ladies seminary in Belvedere, Pennsylvania, in 1879. The next year, she attended Friends Central in Philadelphia. After her schooling in the east, Awana returned to her parents in San Antonio, Texas in 1881. While living in Texas, Awana did considerable writing of poetry and was appointed poetess of the Texas Press Association.

After her father was transferred to Nebraska in 1884, Awana moved to Hastings and taught elocution. It was here she met local businessman, John Slaker. The couple were married January 22, 1889. They had three daughters: Elizabeth, Ruth, and Awana. John and his brother-in-law, Charles Dietrich, opened the German National Bank in Hastings, Nebraska, while Awana taught dramatics and physical fitness from her home studio. She was involved in many organizations including the George Eliot Club. She was active in the Christian Science church, having joined in June 1904. Awana was elected First Reader from 1909-1912 and ran services for the local church branch held in the Carnegie Library Auditorium. 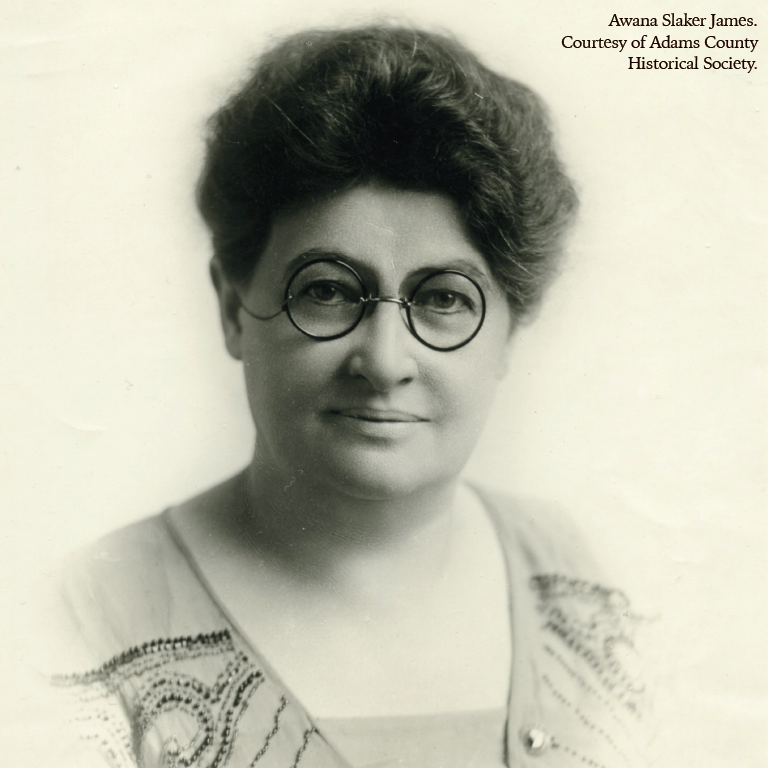 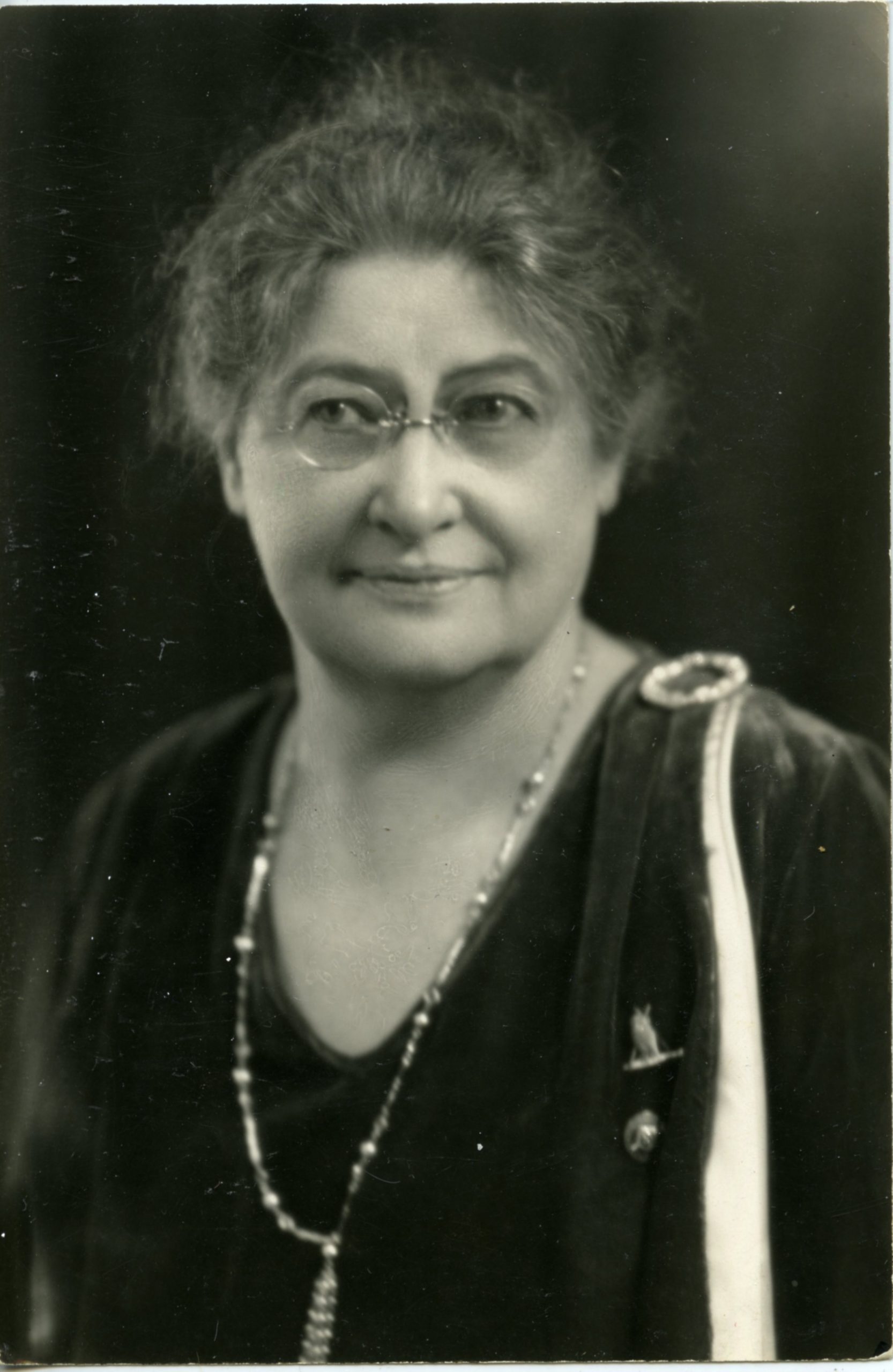 Awana’s husband, John, died in 1928. She married District Judge J.W. James in 1933, but he died later that year. Three years later, Awana moved to Denver, then Boston, and finally settled in Bloomington, Illinois, with her daughter Elizabeth. After spending nearly twenty years devoted to caring for her children and husband, Awana became immersed in community activities and organizations. She was elected president of the Hastings Women’s Club in 1914. After serving a three year term as president, she became involved in the activities of the Federated Women’s Clubs, serving as state president from 1917-1921 and General Federation Director from 1921-1923.

It was during her years as the state parliamentarian for the Nebraska group, that Awana created parliamentary procedures she would later incorporate into her writing. She wrote a six-piece series for the Christian Science Monitor on The Art of Assembly. Awana’s experience and speaking engagements resulted in the publication of a book, The Main Motion, A Practice in Parliamentary Procedure, in 1923. This book served as one of the main primers on parliamentarian procedures and led Awana to travel the United States and Europe on speaking tours. She would appear at Federated Women’s Club meetings and conduct classes on parliamentary procedures. The Main Motion was adopted as a textbook for use in schools across Europe and was still used as late as the 1970s. She was buried with Christian Science rites at Parkview Cemetery in Hastings.