ud Creeth was born to Frederick G and Ida S. (Kay) Creeth in Los Angeles, California. The family moved to Hastings, Nebraska, in the late 1890s where Fred began working in the flour market. The family lived with Bud’s maternal grandparents and continued to do so after the death of his father in 1902. Bud attended school in Hastings and Long Beach, California. He also attended Hastings College and Colorado School of Mines.

While working as a miner for the Phelps Dodge Corporation at their copper mine in Morenci, Arizona, Bud enlisted in the United States Army Air Service during World War I. He received aviation training with the 89th Aero Squadron at Kelly Field in Texas and Garden City, New York. He was a Sergeant with the 89th Aero Squadron in France before receiving a commission and flight training at the 3rd Aviation Instruction Center in Issoudun, France. Upon completion of his final examinations on Feb. 20, 1918, Bud rose quickly within the ranks. He became known for his skill as a conservative, yet daring pilot. By the end of the war, Bud was a second lieutenant with the 638th Aero Squadron, where he had been transferred to after the Armistice. Bud returned home to Hastings in June 1919.

Upon his arrival back home, Bud began a career in aviation. He worked as a commercial and exhibition aviator with the Hastings Aero Company, the Snyder-Creeth Aero Co., and the Brumley-Creeth Motor Co. Later, Bud and his mother moved to Los Angeles, California, where he began working at Rogers Airport. While at Rogers Airport, Bud worked as an instructor and stunt pilot for films, most notably the 1923 film Eyes of the Forest, starring Tom Mix. Just like the military, Bud was well known for his daring feats in the air. In 1924, Bud along with fellow pilots Wesley May and Earl Daughtery successfully completed refueling a plane while in flight. Bud and Earl were flying while May, strapped with a 5-gallon can of gas, climbed from Bud’s plane onto Earl’s over Beverly Hills. Bud was also known as a bootlegger, flying goods from Mexico to California at night. 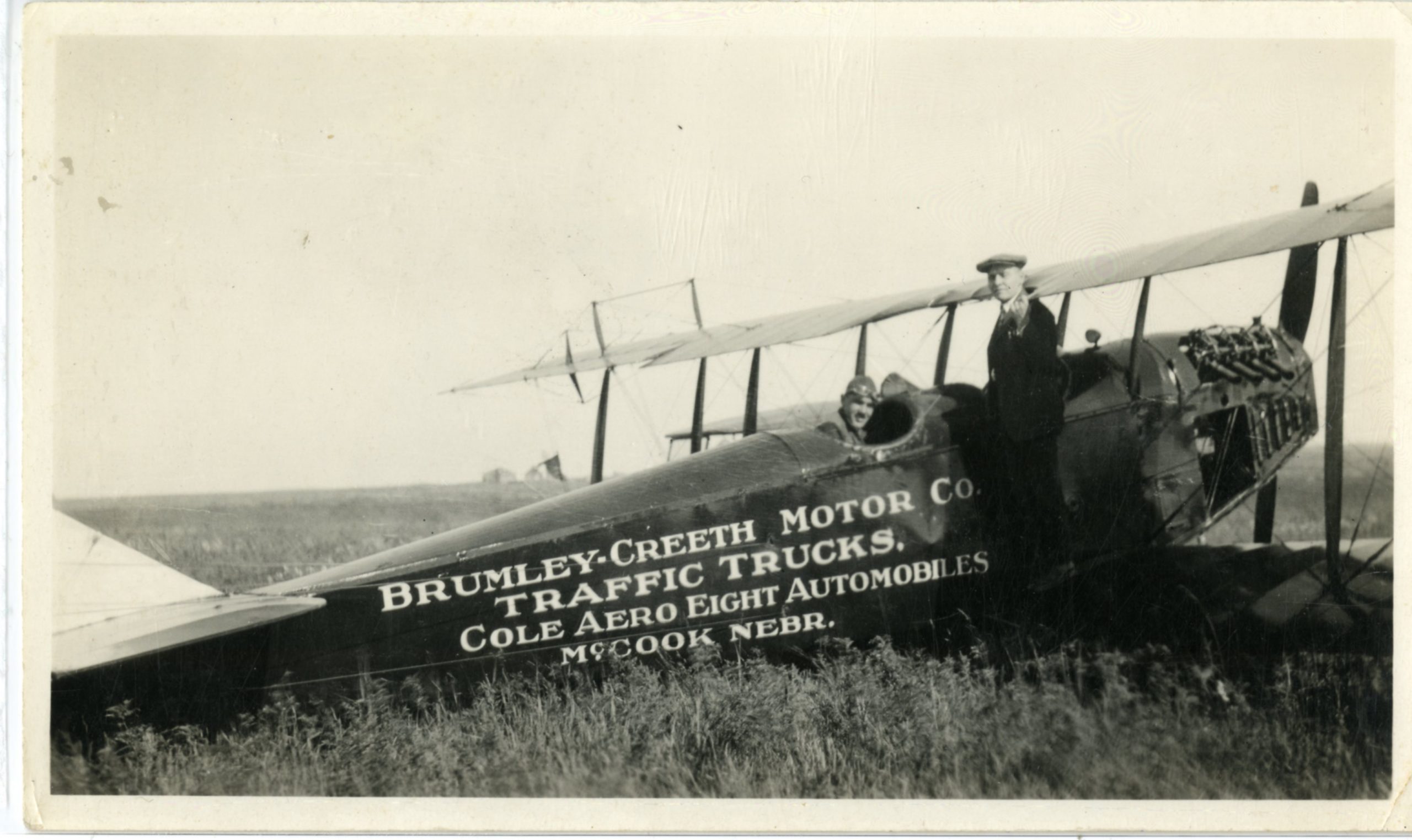 Bud Creeth in an airplane. 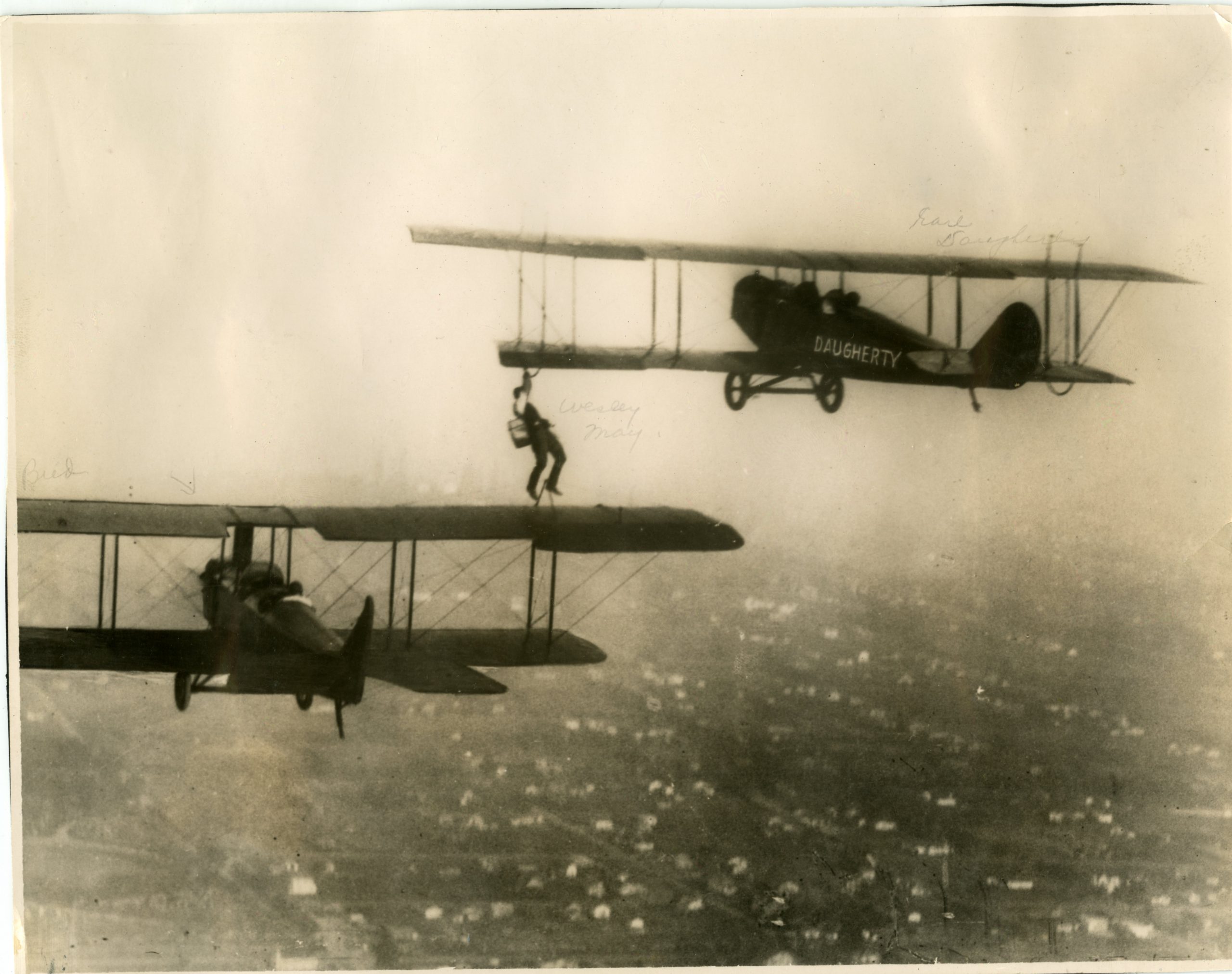 Bud Creeth and Earl May flying with Wesley May walking on the wing. 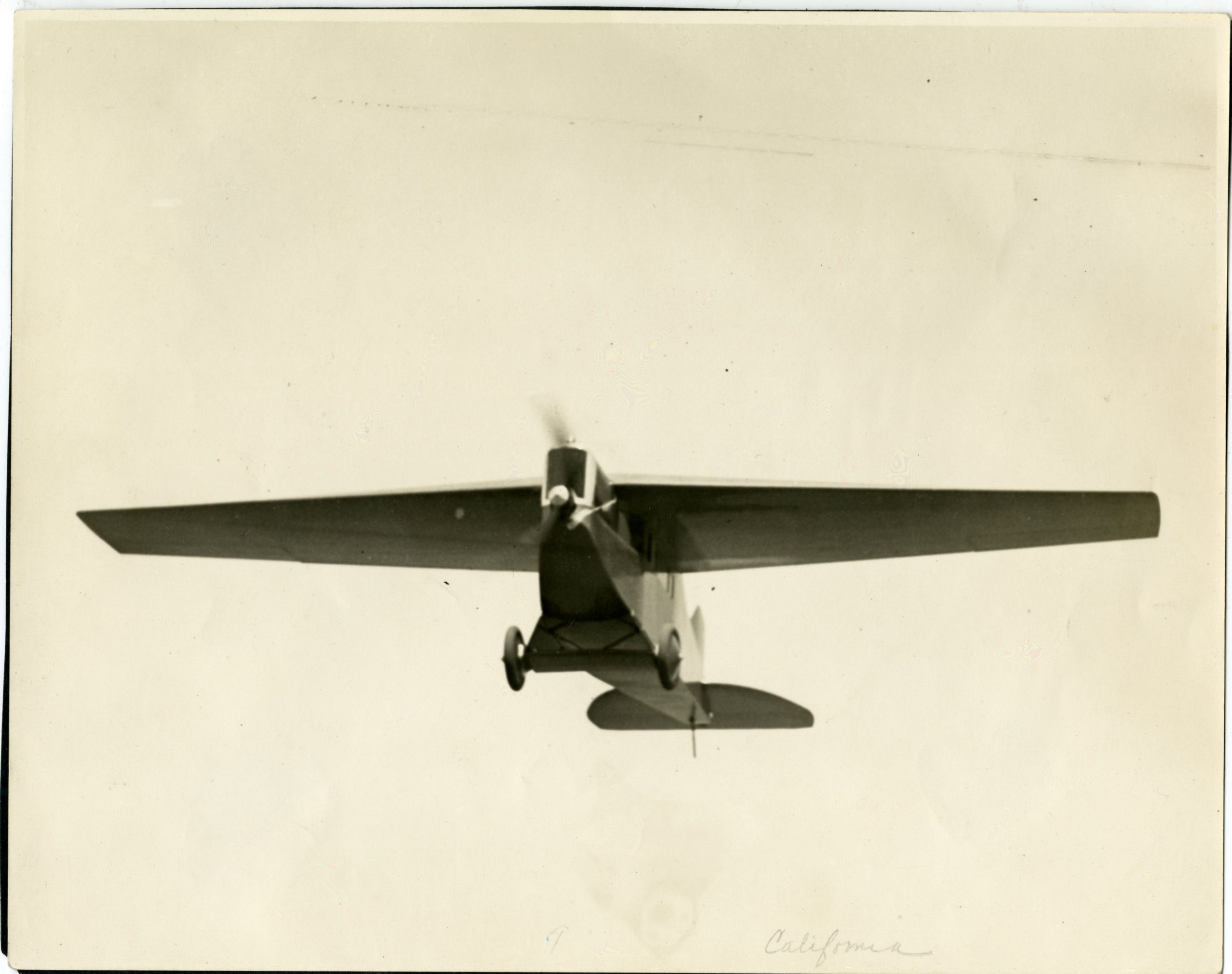 Bud’s reputation and skills as a pilot attracted the attention of fellow aviator, Osmond T. Belcher. As a young man in California, Belcher began his career in aviation during World War I. After the war, he began his life’s work in designing a new light-weight, fast, luxury passenger monoplane. Belcher’s new monoplane featured a new construction based on a wood frame covered in woven plywood. In addition to new construction techniques, the plane was designed for speed and luxury. Named “California,” the monoplane contained a noise proof enclosed cabin with upholstered seats for up to 5 passengers. The plane weighted approximately 1800 lbs. and was able to transport 108% of its weight while traveling at a speed of 120 miles per hour. After fourteen years, many test flights by Bud, and alterations to the design, Belcher was ready to debut his “monoplane limousine.”

Tragedy occurred on July 27, 1924. Belcher, accompanied by his wife and 7-year old son, took the first public demonstration flight with Bud piloting the plane. According to eyewitnesses, the group was smiling as the boarded. After the first circle above Rogers Airport, the plane had reached its speed of 120 mph. Bud and the Belchers could be seen waving and smiling at the spectators below. In the blink of na eye, the plane came crashing to the ground. Everyone on board was killed on or shortly after impact. Investigation into the crash revealed the ailerons had failed, a previously noted issue during test flights. Bud Creeth was buried with Masonic rites in Los Angeles, California.