Carolyn began a singing career around 1895. Reviews have described her as a soprano with a high and pure voice. She toured the country as a singer, settling for a short time in Kansas City. However, after two years, Carolyn ended her concert tours, citing frailty. She moved back to Hastings to live with her mother and siblings, Herman and Addie. In 1905, she moved to Colorado Springs with her sister Jennie. The two lived together until June 1910, when Mercy’s death called them back to Hastings. Jennie married Fay Babcock leaving Carolyn, Herman, and Addie to live in their family home. Carolyn, suffering from poor health herself, looked after Addie, who was chronically ill. The three siblings were notoriously private and preferred to keep visitors at the door. Carolyn restricted her social life to trips to the library and the occasional meeting of the Hastings Women’s Club. 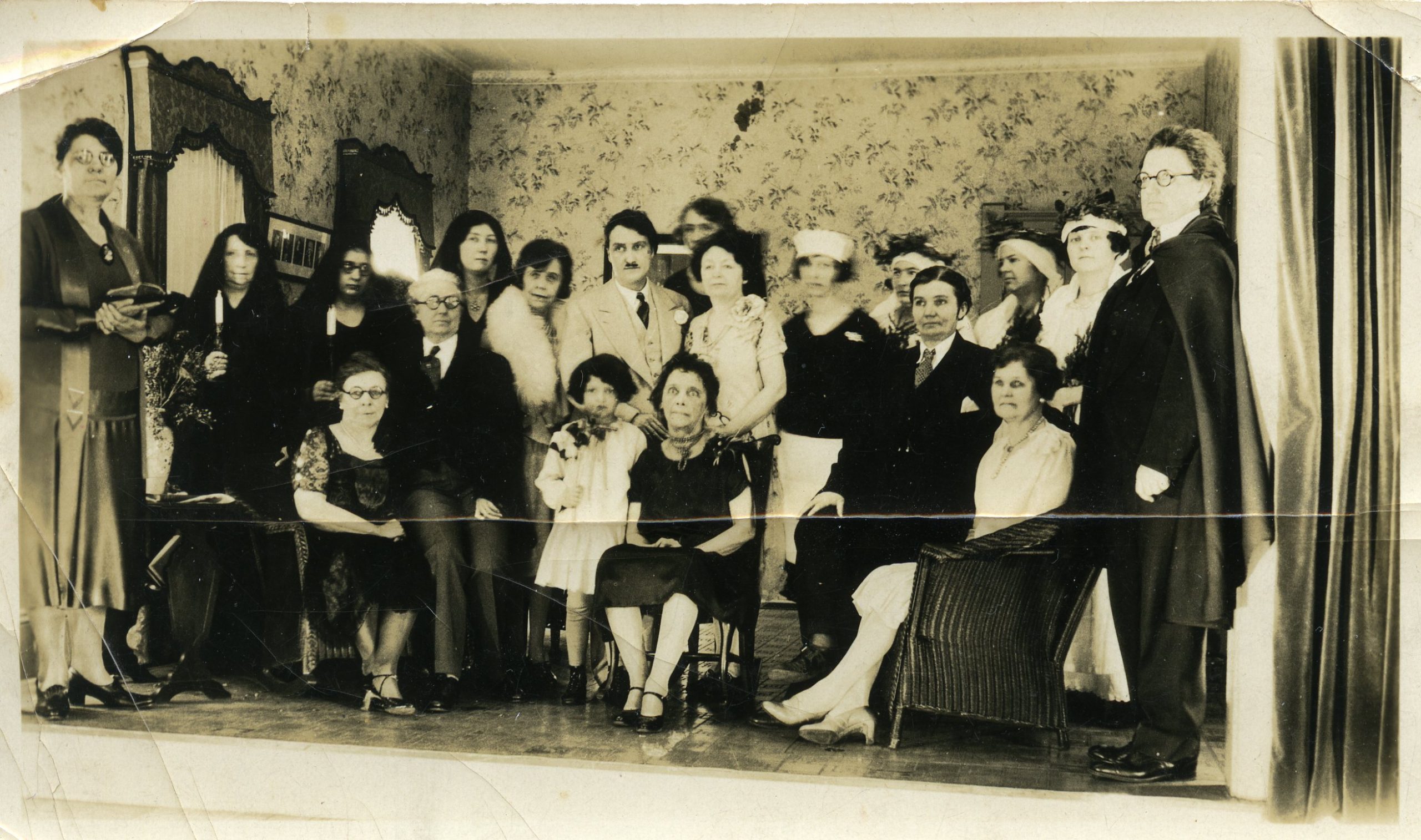 Carolyn Renfrew (center) with Hastings Women’s Club after the performance of My Garden, April 1938. Courtesy of Adams County Historical Society.

Carolyn turned to writing as her next creative outlet. Though she never reached the success of Willa Cather, she was honored in several ways by her peers. She was invited to New York City to take part in the public poetry week, an exhibit held by Rockefeller Center and Columbia University in 1936. However, ill health and the care of her sister kept her from attending. These reasons also prevented her from accepting a place on the Board of Directors for the 1939 World’s Fair in New York City, a position of Associate Editor of the Poetry Roundtable, and an invitation to the Leland Stanford University Drama Festival at Stanford University in California.

A prolific writer, Carolyn wrote seven novels, twenty-one short stories, 300 poems, ten plays, six songs, and even one book of children’s verses that remained unfinished. In 1923, Carolyn published her first piece of writing, a book that contained two plays The Last of the Strozzi, a tragedy, and The Lure, an allegorical drama. She also published her first book of verse, Songs of Hope, in 1923. Some of her works include Footprints Across the Prairie (1930), My Garden (1933), John Golding’s Vision, (1938), and Plays: A Collection of Six Poetic Dramas (1943). Her many poems were published in newspapers and magazines around the world.

Carolyn’s music and poetry was performed on radio programs broadcasted in San Fransisco, Omaha, and Kansas City. The Hastings Women’s Club dedicated a week to Carolyn’s accomplishments in April 1938. They began with a singing of her Ave Maria at the First Congregational Church and ended with a poetry reading and a play performed by the Drama department of the Women’s Club. For the conclusion of the celebration, the stage was set as a garden from her latest book of verses, My Garden, where Carolyn was presented with a bouquet of flowers.