Six years later, Ellen moved her family to Hastings, where she accepted the position of head of the newly established Children and Young People’s department of the Hastings Carnegie Library, in 1927. She began her career by training as an apprentice under graduate students and took professional development courses through the University of Nebraska Extension. Hastings College, and the University of Chicago’s School of Library Science. Ellen was appointed as acting head librarian for a period of six months in 1933, while the City looked for a new librarian. She was chosen as head librarian in 1936.

During the late 1930s, the Nebraska Public Library Commission introduced a Works Progress Administration (WPA) Library Service Program. The program had two objectives: 1) to give assistance to established, publicly supported libraries in all parts of the state, and 2) to provide a practical demonstration of county and regional library service in selected areas in Nebraska not having such service. In 1939, the Nebraska Public Library Commission announced that Adams County was chosen to be part of the WPA’s library demonstration program based on its rural location and good system of county roads. The Hastings Public Library was selected as the main library of the newly developed county system with Ellen serving as director. A bookmobile, on loan from the Library Commission, was used to bring library services and materials with regular stops in Pauline, Ayr, Roseland, Holstein, Prosser, Juniata, Hansen, and Kenesaw. The county library services were so popular that in 1940, the Adams County Board of Supervisors took over funding once the project was complete and the bookmobile was returned to the Nebraska Public Library Commission. In 1966, a new bookmobile serving Adams County and is still in operation today. 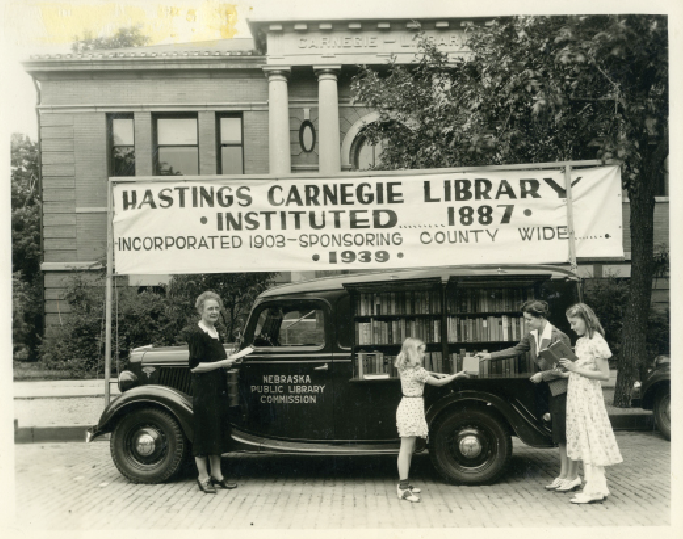 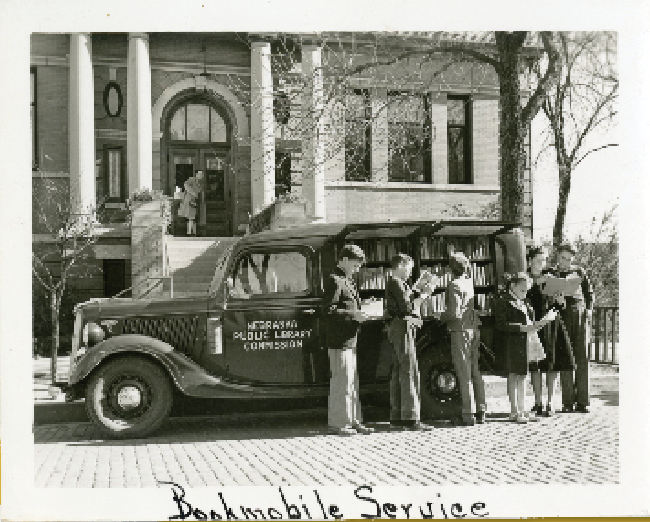 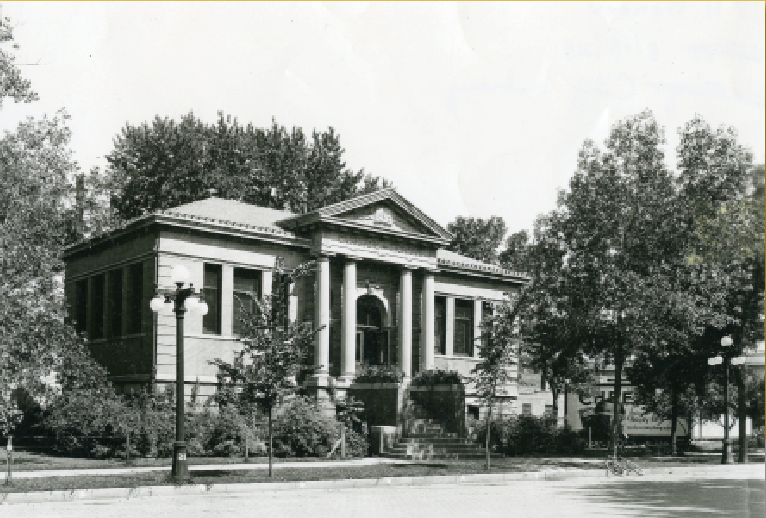 After the success of the WPA demonstration project, Ellen continued to work toward providing library services to all citizens of Adam’s County. As part of the library’s wartime service, Ellen and staff assisted the Hastings Junior Chamber of Commerce in a “Victory Book Campaign.” The campaign was a nationwide effort to gather reading material for soldiers and sailors serving in the Armed Forces in order to supplement the Army and Navy libraries. Also during WWII, the library operated city branches at Mary Lanning Hospital, Sunnyside Nursing Home, and the fire station. With the construction of the Naval Ammunition Depot (NAD), a new housing development was established  known as Spencer Park. Ellen and other library officials felt that it was important to look after the interest of the incoming residents and set up a library branch there in 1944.

The Hastings Carnegie Library saw much growth and expansion under the direction of Ellen. The book stock increased from nearly 4,000 volumes to about 38,000. In addition, many new programs such as story hour, Book Week, and Child Health Week, were part of Ellen’s progressive ideas. Ellen retired as head librarian in 1957, but remained active with the library serving as a consultant to the Hastings Library Board. Ellen was also active within the community. She served as president of the Nebraska Library Association, a member of the Hastings Chamber of Commerce, the Hastings Civic Symphony, the American Red Cross, Hastings Women’s Club, the Brownville Historical Society, and Delta Kappa Gamma. Ellen died at the age of 92, on September 2, 1977. She is buried in Deaver Cemetery, Furnas County.