Frederick Andrew Seaton was born in Washington D.C. to Fay and Dorothea Seaton. At the time, his father was serving as assistant to U.S. Senator Joseph Bristow of Kansas. The family remained in Washington D.C. before returning to Kansas in 1915. The family settled in Manhattan, Kansas, after Fay purchased The Manhattan Mercury. Fred attended public schools in Manhattan and later, Kansas State College. While studying, he met fellow journalism student, Gladys Dowd. The couple was married in 1931. They had four children: Donald, Alfred, Christine, and Monica. 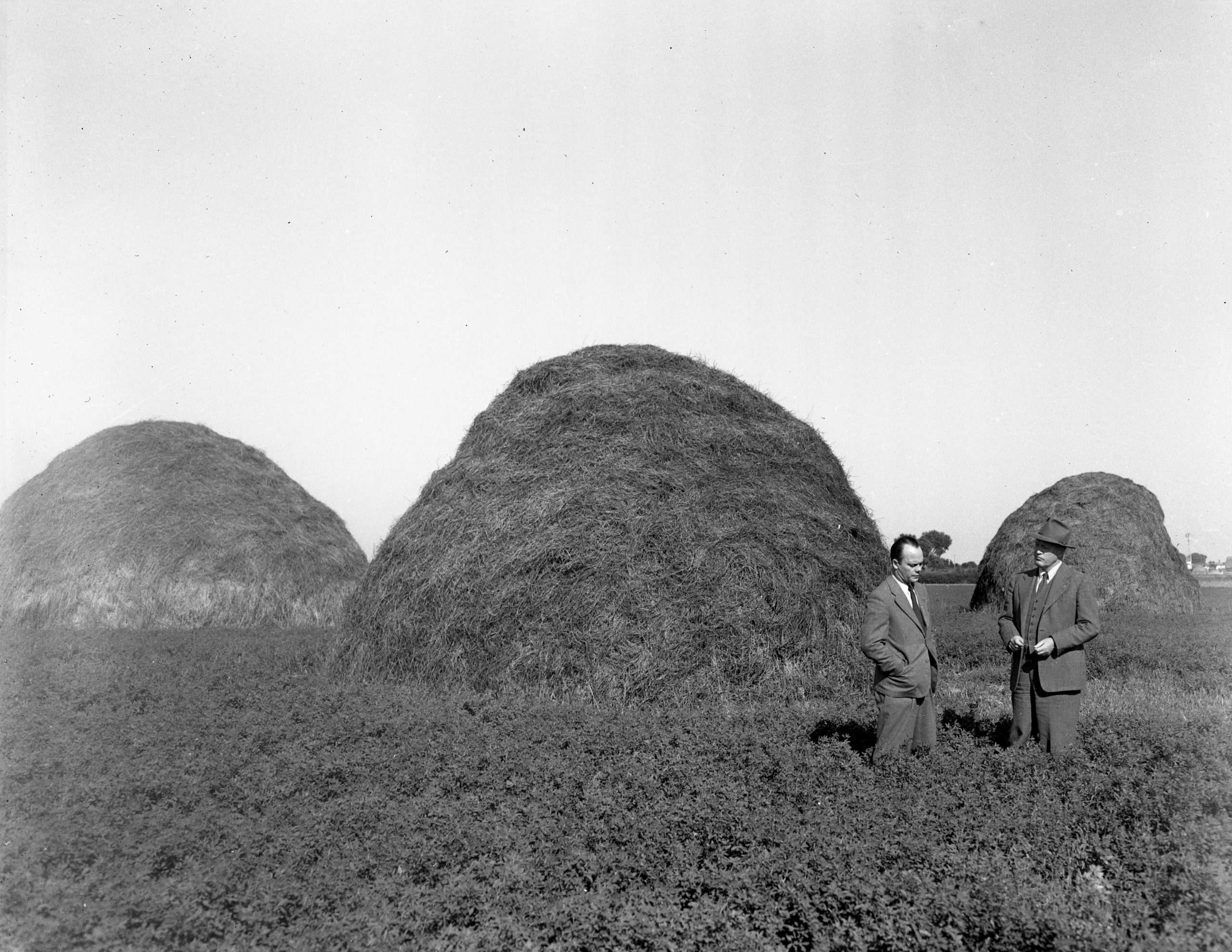 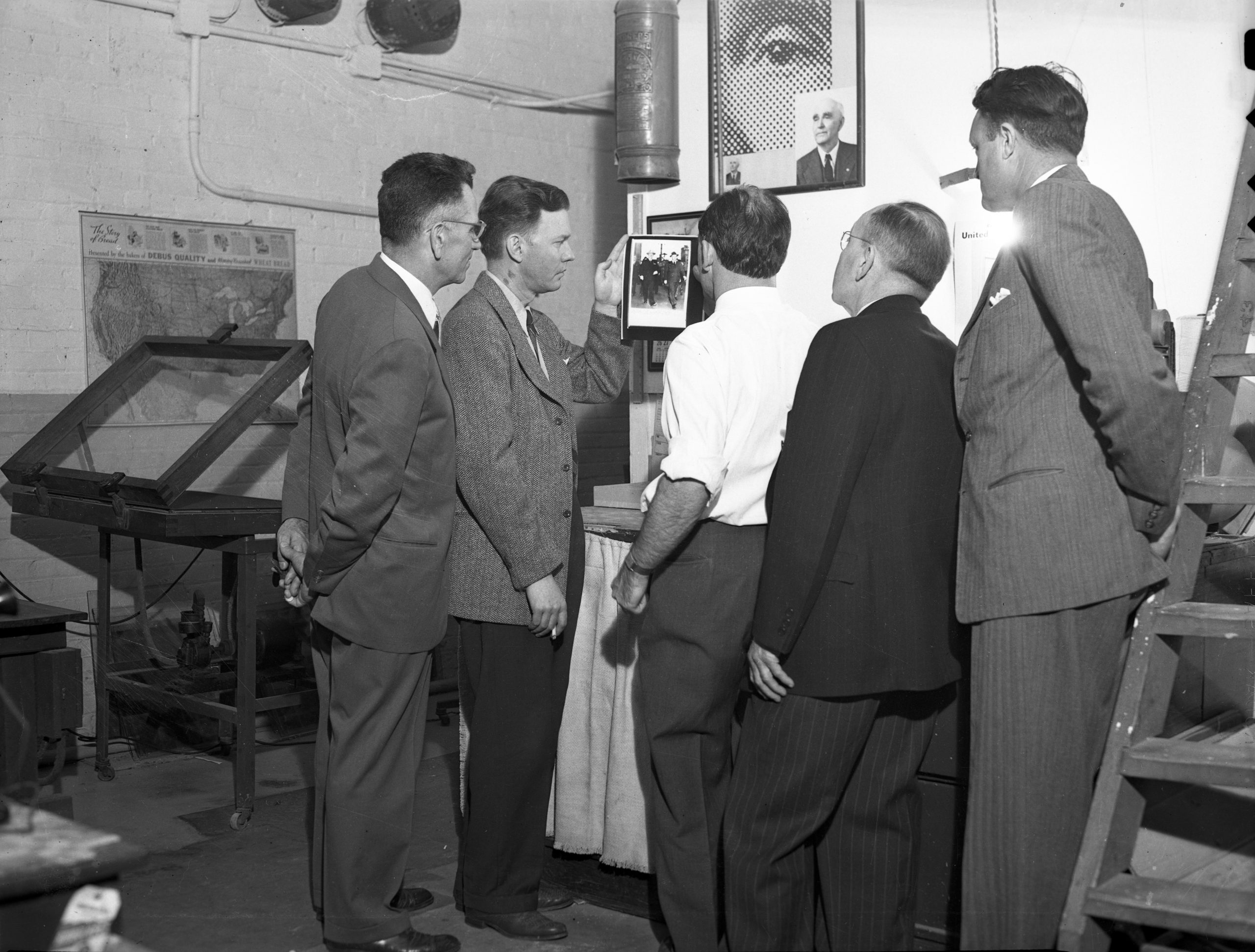 Fred’s citation for the Medal of Honor, February, 1955. Courtesy of Hastings Daily Tribune.

Fred was able to hone his skills as a newspaper man by working in the family business. During his high school years, Fred worked at the Mercury in many areas. When he walked through the doors, he was not the publisher’s son, but an employee. Fred worked his way up the ladder from a member of the janitorial staff to reporter. During his years at the Mercury he learned, from skilled craftsmen, a variety of trades, including how to operate and repair line casting machines. Fred became particularly interested in printing type, becoming an expert on the origins of typeface, how one type family interrelated with another, and which ones could be used together without offending the reader’s eyes. This knowledge would help increase the circulation of his newspapers in later years.

In 1937, Fred along with his father, Fay, and uncle, Richard, purchased the Hastings Daily Tribune from the Breede family. At the age of 28, Fred became one of the youngest publishers in the Midwest. He was notoriously demanding of his reporters and editors, wanting each issue of the newspaper to carry as much news as possible, including all local news. This stress on local news was a main focus for Seaton Publishing Co. and still remains one to this day. Fred’s continuous emphasis on accuracy and editing, including his desire to be the best, led the Tribune to be awarded numerous prizes in state and local newspaper contests. Wanting to compete with larger cities, the Tribune became the first out-state daily to use three wire services that provided features and photos by mail.

While a student at Kansas State, politics attracted Fred’s attention. As a member of the university debate team, he won two national championships for extemporaneous speaking, an ability that would later assist him in his political career. In addition, Fred organized one of the first Young Republican Clubs. During the early 1930s, he traveled the state of Kansas speaking to newspaper editors and young people. It was during his travels with the Kansas Young Republicans that Fred attracted the attention of Kansas Gov. Alf Landon. In 1936, Fred became the campaign manager for Landon’s bid for the Republican presidential nomination. Fred himself stepped into the political arena when he served as a member of the Nebraska Unicameral from 1945 to 1947. In 1948, Fred entered into the “big time” political arena when he became the Nebraska campaign manager for Republican presidential candidate Harold Stassen. After Stassen lost to Tom Dewey, Fred remained on the political sidelines until 1951. Gov. Val Peterson appointed Fred to the U.S. Senate to created by the death of Kenneth Wherry. He was senator for one year and then returned to Hastings in 1952.

The highlights of Fred’s political career were just on the horizon. The Seaton family first had contact with Dwight D. Eisenhower of Abilene, Kansas, while Fay was on Senator Bristow’s staff. Eisenhower had written to the senator seeking appointment to the U.S. Military Academy at West Point in 1910, and Fay handled all of this correspondence. Years later, Fred was able to discuss this connection with General Eisenhower when he traveled to Europe to convince Eisenhower to seek the presidency. After Eisenhower took office, Fred was appointed to the position of Assistant Secretary of Defense for which he was awarded the Medal of Freedom, the highest award made to a civilian employee of the federal government. 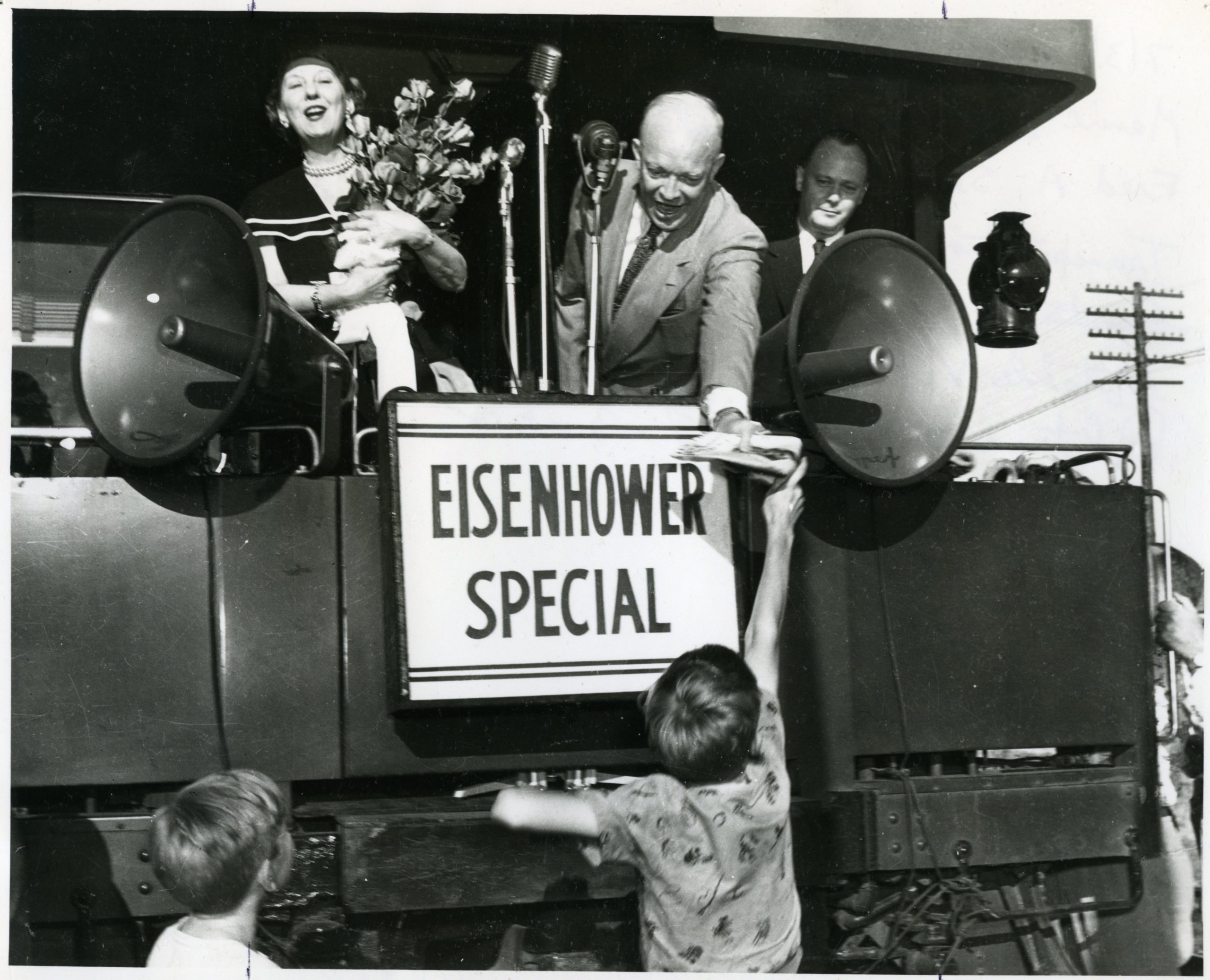 In 1956, Fred was appointed as the Secretary of the Interior. This appointment made Fred the third Nebraskan to be appointed as a cabinet member. During his tenure, Fred advocated for long-range planning between federal and local governments, and private enterprises for the development of natural resources. After visiting Alaska Pacific Island Territories, Fred became supportive of their bids to seek statehood. He is given the most credit for Alaska and Hawaii becoming the 49th and 50th states.

In 1960, at the end of his appointment, Fred returned to Hastings. He continued running his family’s newspaper, radio, and television businesses, while maintaining a  political interest. He ran for governor of the state of Nebtraska in 1962, but was defeated by Frank Morrison. He sat on numerous boards and was chairman of the Adams County Republican Committee. In 1966, he was appointed tby President Nixon to the American Revolution Bicentennial Commission and headed a study group that investigated the nation’s natural resources. Fred Seaton died on January 16, 1974, in Minneapolis, Minnesota. He is buried in Parkview Cemetery in Hastings, Nebraska. 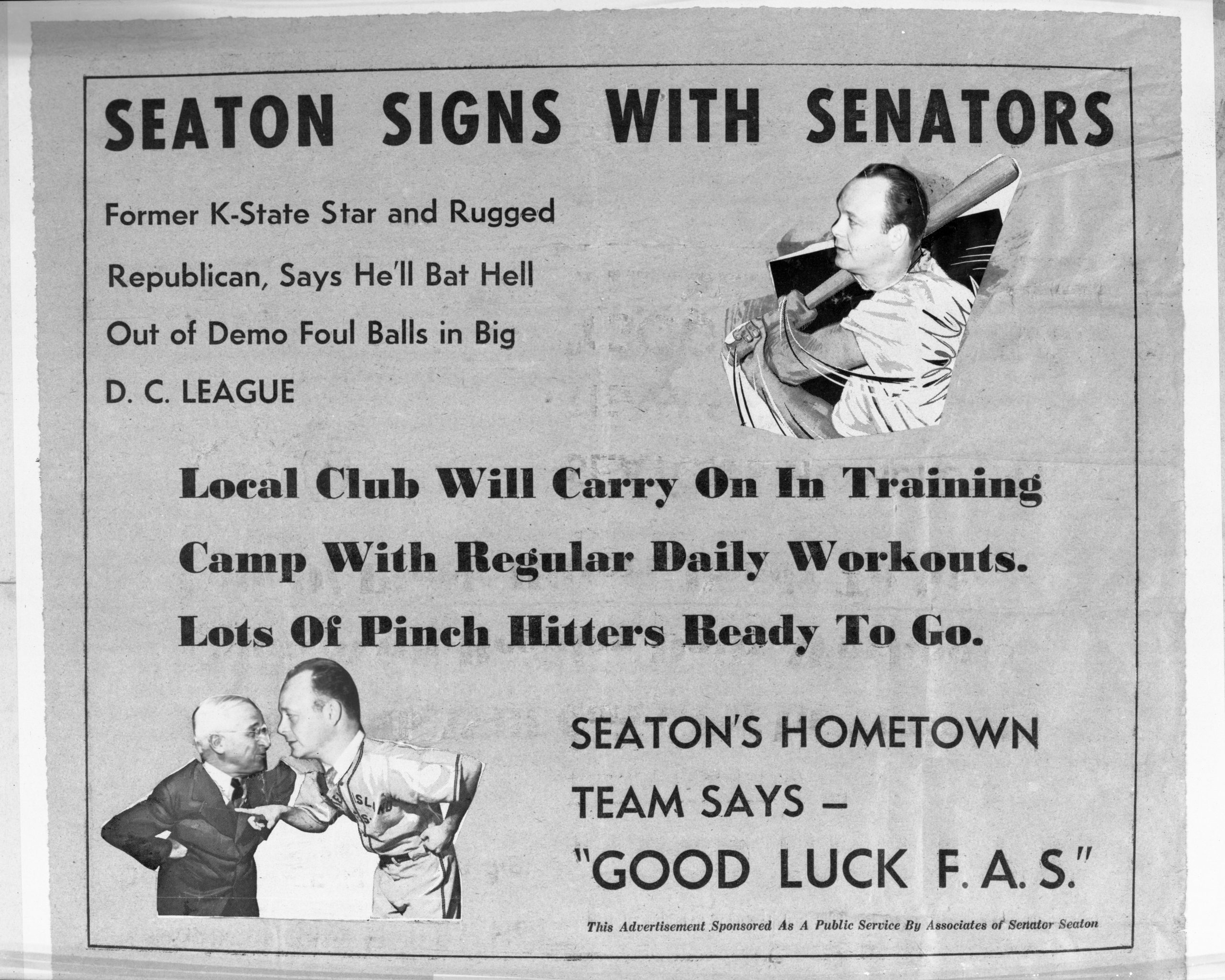 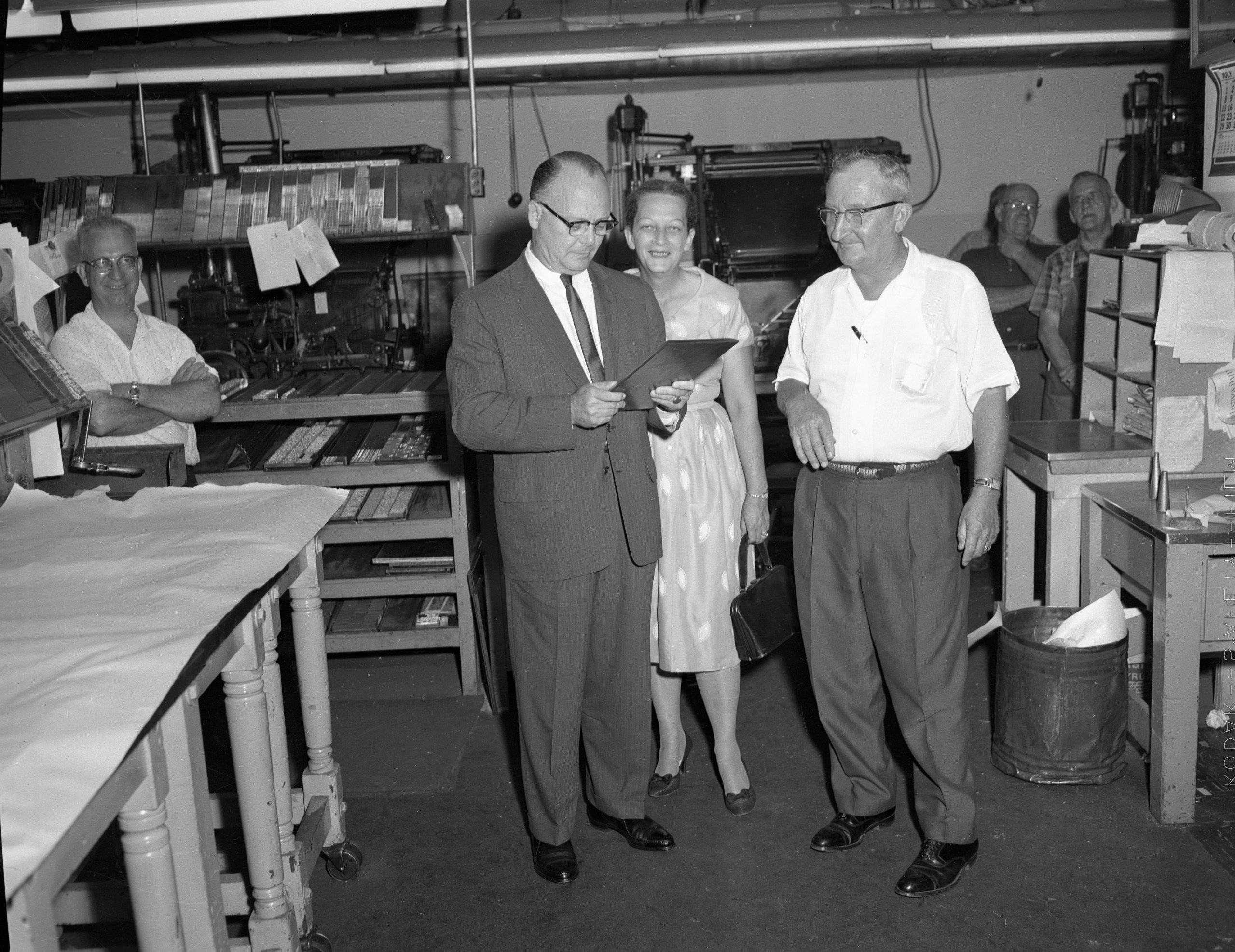