B: May 31, 1937 in Hastings, Nebraska
Currently Resides in Overland Park, Kansas

James “Jim” Hamil, was born at Mary Lanning Hospital in Hastings, Nebraska, to Harold and Mable Hamil. Harold was born and raised on a ranch in easter Colorado, while Mable was raised in Denver. They met while attending Hastings College. He and Mable were married on September 15, 1931. The couple had two children: James and David.

Harold began working at the Hastings Daily Tribune in 1928. He later accepted a position with the Associated Press and the family moved to New York City in 1940. In 1942, the family returned to Nebraska so Harold could begin his new position as Director of the School of Journalism and Director of Publicity for the University of Nebraska in Lincoln. Jim began school in Lincoln, but the family soon moved again when Harold accepted a position as editor with the Star Times in St. Louis in 1944. After several years in St. Louis, the family once again moved. In the early 1950s, Harold began working with Farmland Industries, Inc. in Kansas City. Jim was educated in Kansas and graduated from Shawnee Mission High School in 1954.

Jim was always interested in art. His father would bring home sheets of newsprint for him to draw on. This passion continued through his teenage years and guided him throughout his life. Jim attended the University of Kansas in Lawrence, where he majored in art. In addition to his position as president of the art club, Jim began selling his artwork to other students to put himself through school. He sold pen and ink drawings of buildings on campus such as fraternity and sorority houses, as well as pastel portraits created from black and white photographs. After graduation, Jim began working as an artist for Hallmark. During his 15 years with the company, Jim was known as a painter of scenes for greeting cards, calendars, and books. His knowledge of watercolors led him to give President Dwight D. Eisenhower a personal lesson in the mid-1960s. After leaving Hallmark, Jim did freelance work and corporate contracts until he opened his gallery in the mid-1970s. He married Sharon Hide, a social studies teacher, on December 24, 1982 at the age of 45. 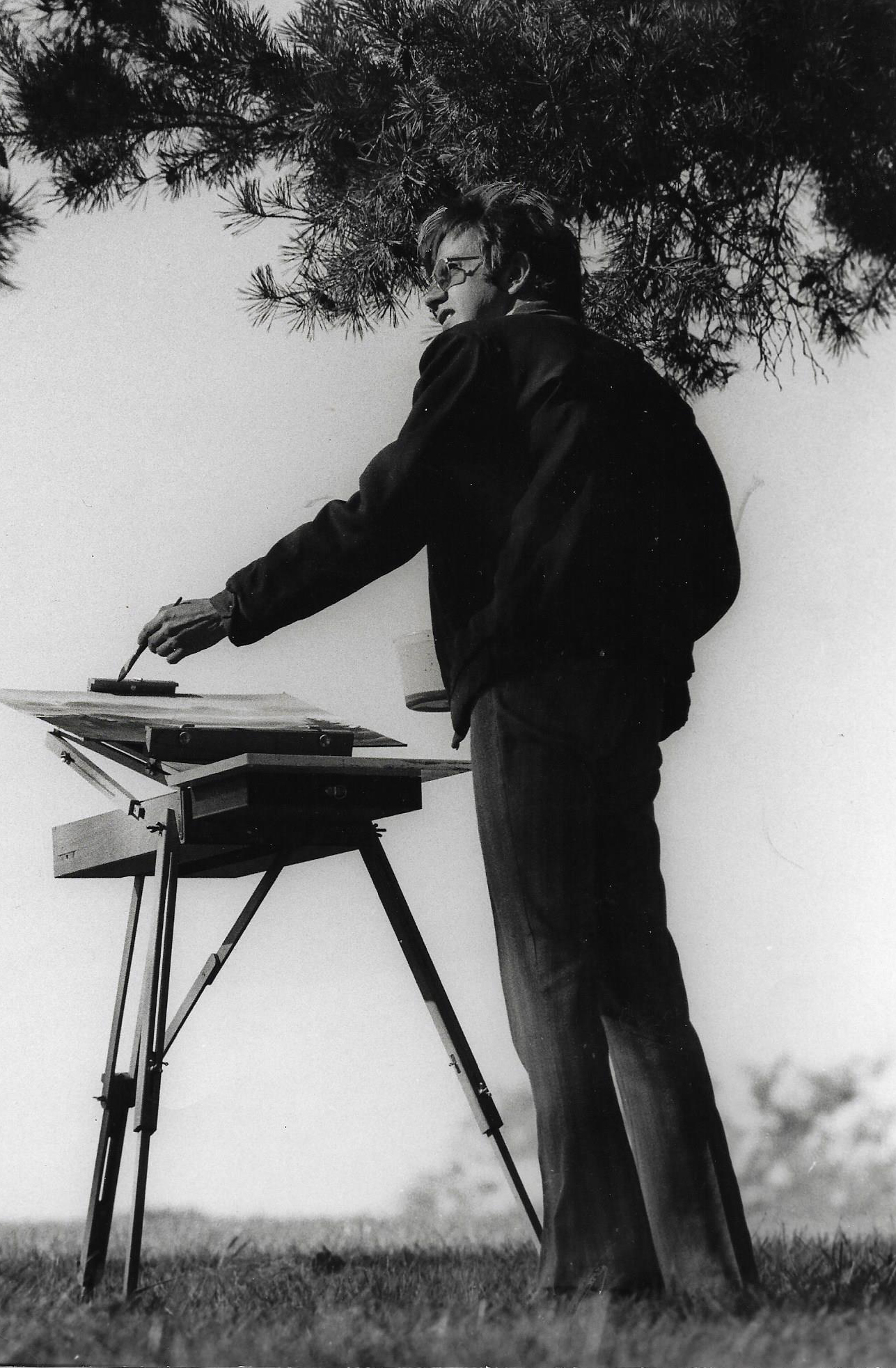 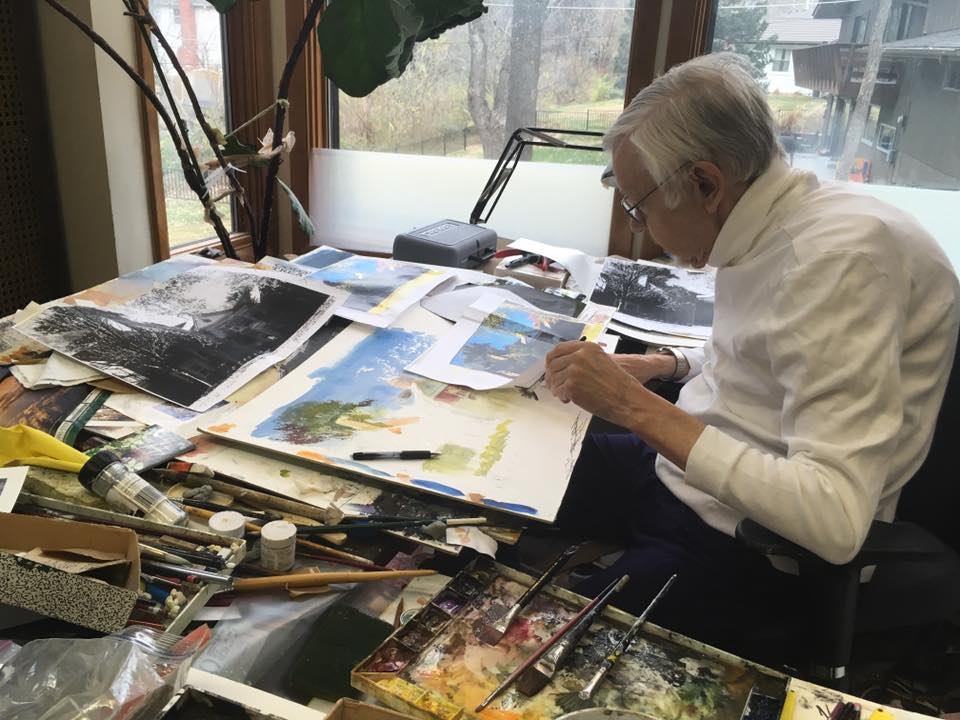 Over the last 40 years, Jim has become a renowned watercolor artist. His many works can be seen in art galleries, museums such as Museum of Nebraska Art in Kearney and the Bone Creek Museum of Agrarian Art in David City, and other institutions across the country. An avid traveler, Jim has toured the United States, Mexico, and Europe looking for beauty. During a trip with his father, Jim developed a special interest in capturing the unique beauty of the American heartland. They traveled from the Dakotas and Minnesota south to Texas and from Colorado east to Illinois. The result of this trip was the book Farmland, U.S.A. (1975) with watercolor scenes painted by Jim and prose written by Harold. Jim also provided the illustrations for his father’s two memoirs Colorado Without Mountains: A High Plains Memoir (1976) and Nebraska: No Place Like It, 20 Years of Memories (1985). Jim released two more books written with his wife, Sharon, Return to Kansas (1984) and Colorado Treasures (2010). Jim currrently resides in Overland Park, Kansas.