Ardyce graduated from Omaha Central High School in 1961, and went on to receive her bachelor’s degree from the University of Nebraska-Lincoln in 1965. She worked in schools as a speech pathologist and served on the Hastings Public Schools Board for eight years, three of them as president.

In 1991, she was appointed to fill a vacancy in the Nebraska Legislature. She was elected to that seat in 1992, and again in 1996, serving until 2001. During her tenure, she led the Education Committee for seven years and helped pass legislation that increased the state’s share of funds for K-12 schools from about 40% to more than 50%.

After leaving the Legislature, Ardyce became director of the Kinman Oldfield Family Foundation and worked as the director of resource development for Hastings Good Samaritan Village. In 2002, Ardyce received statewide recognition from several groups for her contributions to education, which included being named Woman of the Year by the Nebraska Commission on the Status of Women. 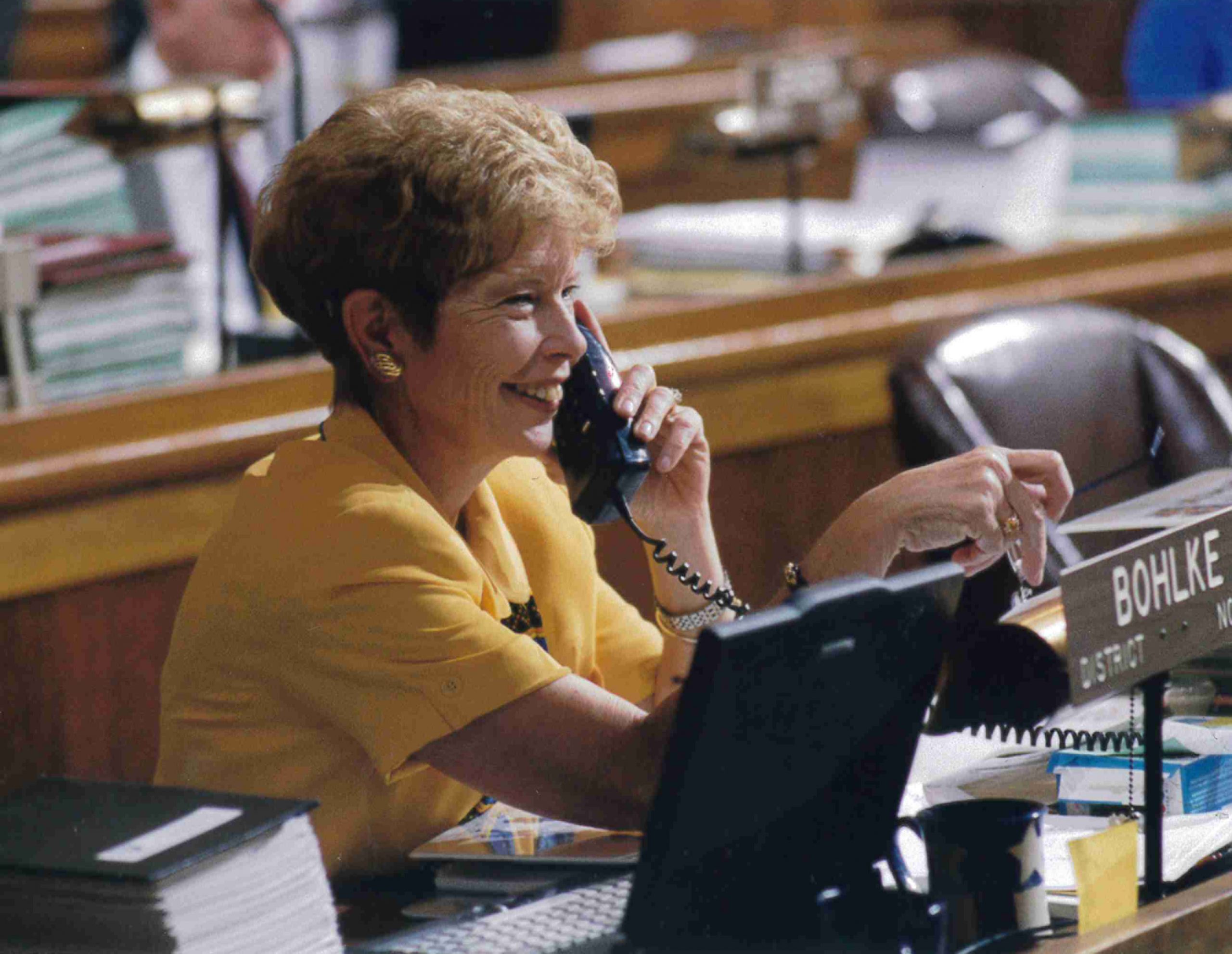 (above) Ardyce on the floor of the Nebraska State Senate. Courtesy of the Bohlke family. 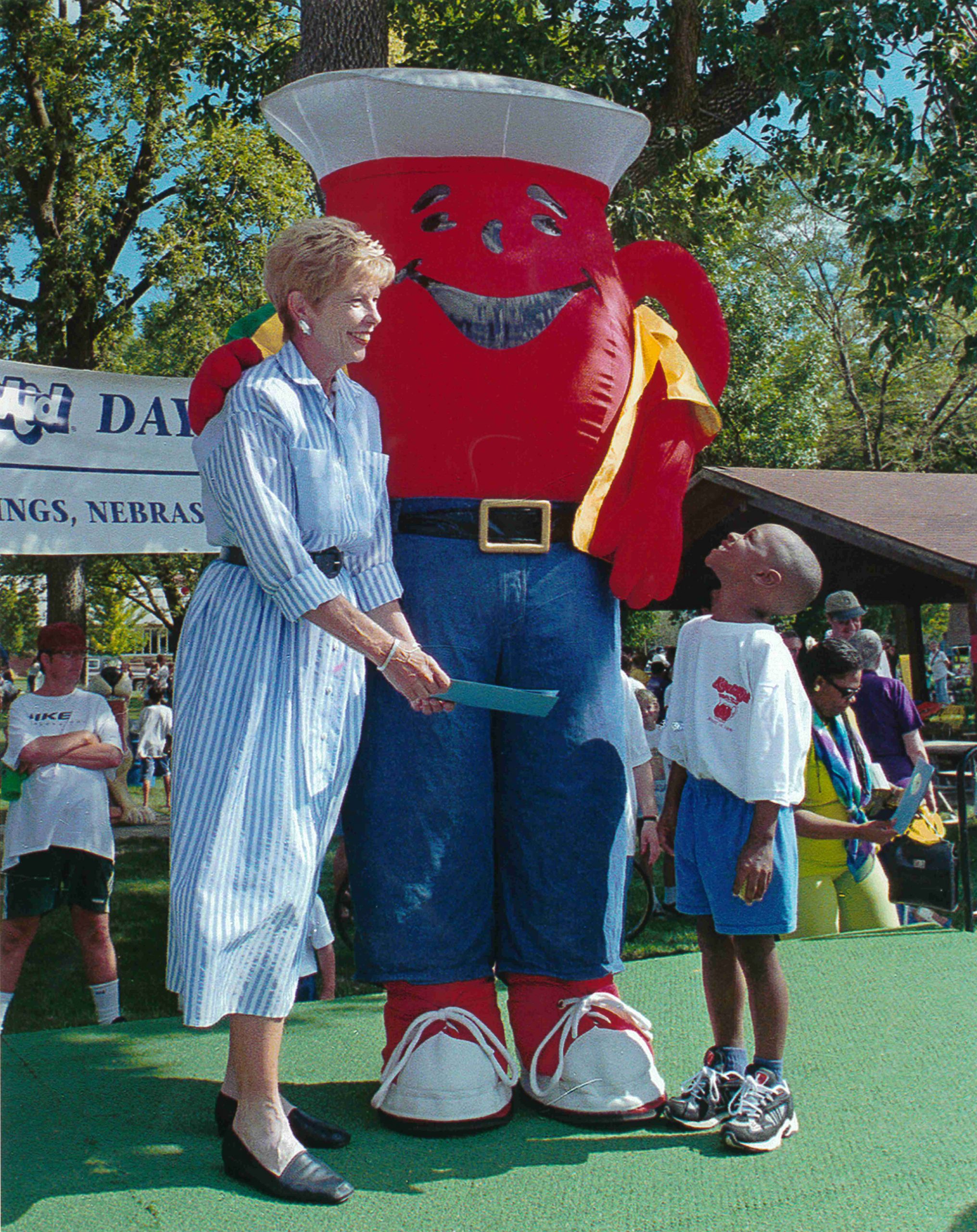 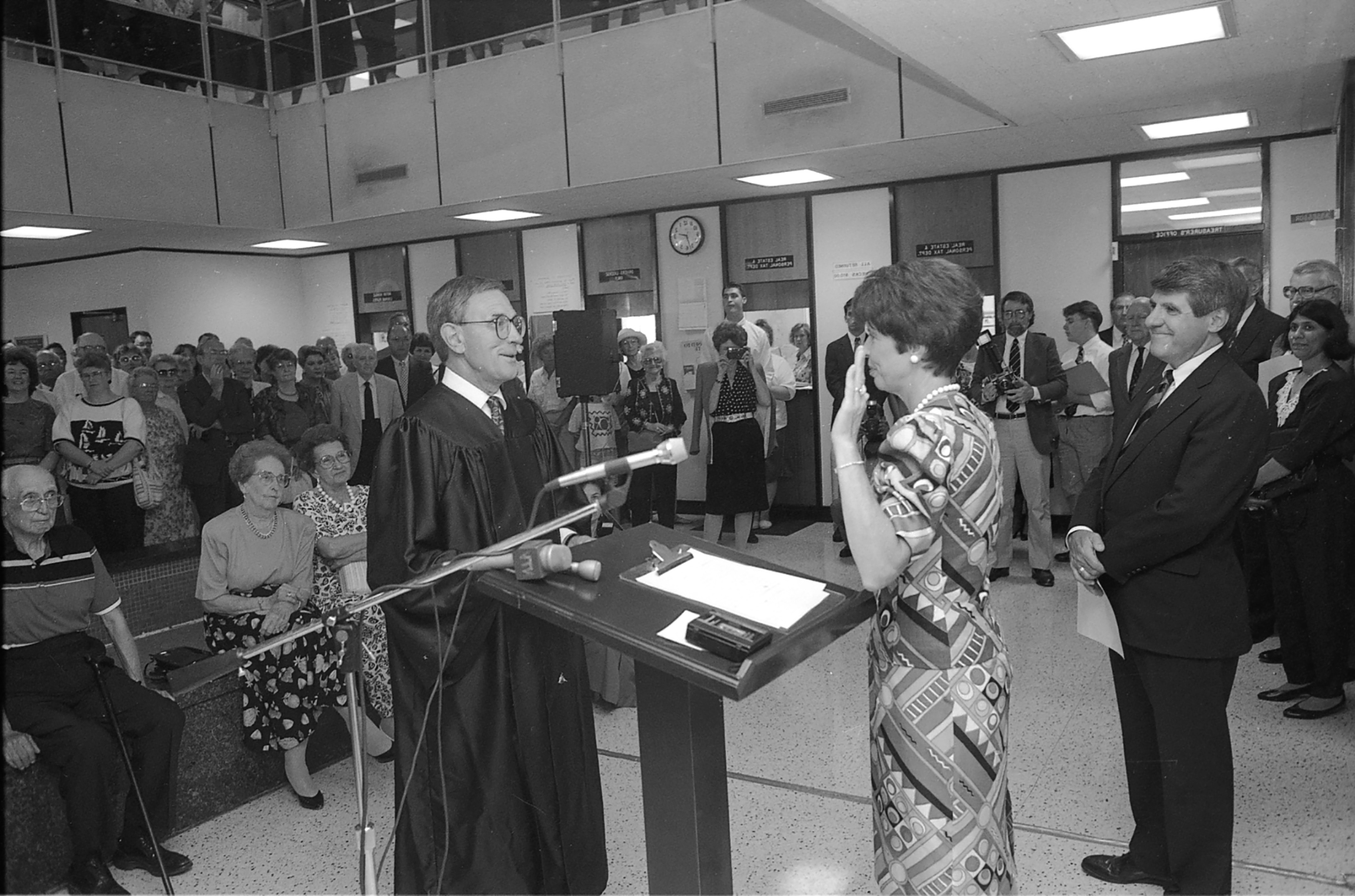 (above) Ardyce being sworn in to the Nebraska State Senate. Courtesy of Hastings Tribune.

It wasn’t until 1927 that bathrooms became officially gender segregated thanks to the nation’s first building code. Unfortunately, restroom requirements were male-focused, due to most women working within the home. This meant fewer women’s restrooms were required during construction. Fewer bathrooms resulted in women trekking farther to find the ladies’ room, and in some cases, even barred admission to schools or jobs based on the lack of toilets available for their use.

The first Restroom Equity Act in the United States was passed in California in 1989. It was introduced by Senator Arthur Torres after several long waits for his wife to return from the bathroom. 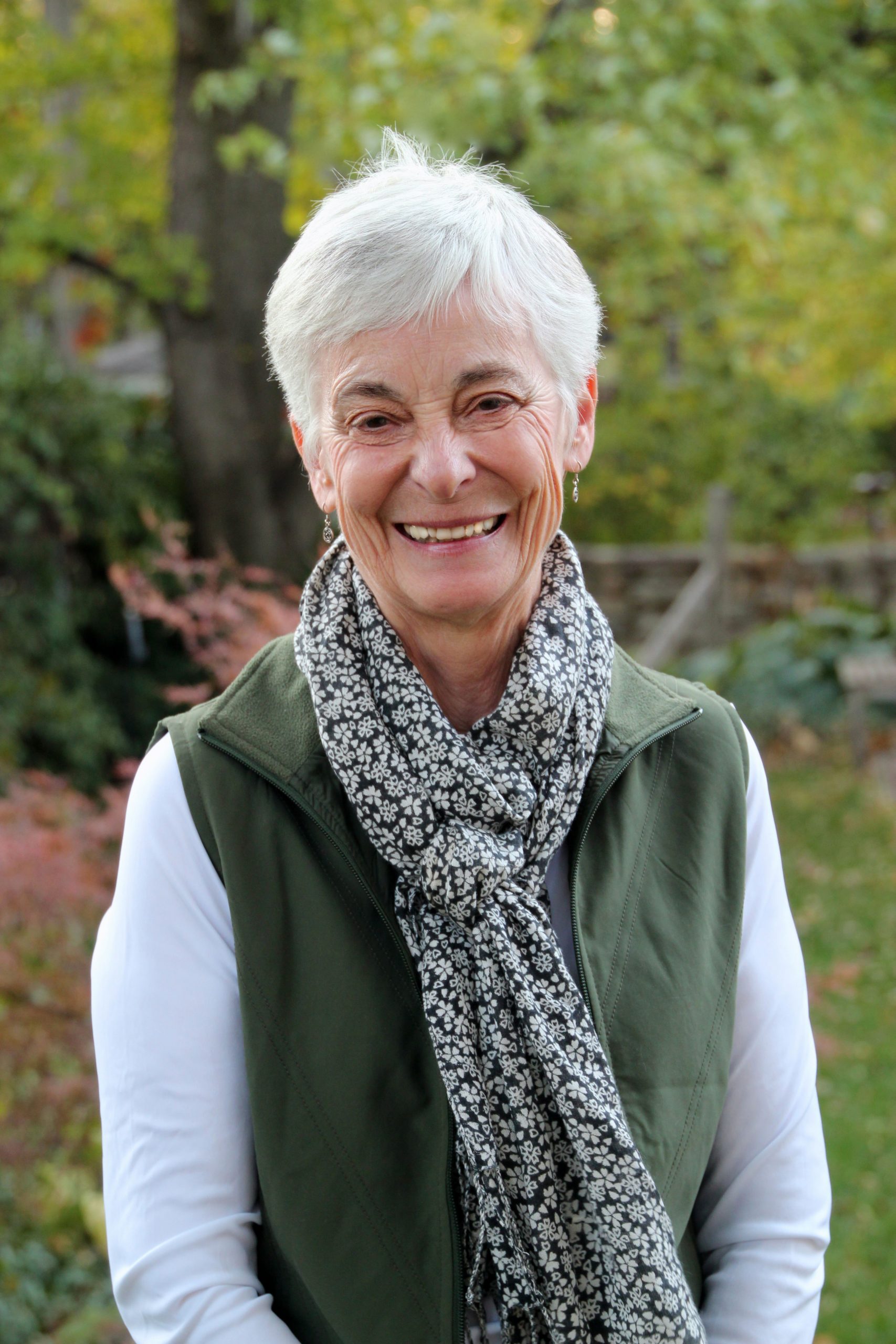 In 2007, after 29 years of service, Judy Sandeen retired as director of the Hastings College Campus Health Center. While at the college, Judy founded numerous peer education groups with the purpose of educating without prejudice and helping people become more accepting of others. The groups she founded include the Peer HIV Education Organization, College Acquaintance Rape Education, Student Health Advisory Council, and HC Alliance.

Judy is an incredibly active member of the Hastings community. She has worked with organizations such as Parents and Friends of Lesbians and Gays, the League of Women Voters, Adams County Senior Services, and Nebraskans for Peace. She has also served on many boards including The Bridge, the Presbyterian AIDS Network National Leadership Team, Teenage Pregnancy Prevention Project, Adams County American Heart Association, the Adams County American Cancer Society, Mid Rivers Red Cross, Hastings Family Planning, and the Spousal Abuse Sexual Assault Crisis Center (SASA).

Judy is most proud of how the programs she worked with resulted in students teaching students, overall peer education, and increased student retention at Hastings College. Many of the young adults she worked with went on to use these skills in their professional lives.

In May 2018, Maria founded Raices de me Pueblo, a dance troupe that performs traditional Mexican dances in customary regalia. The group consists of 15 kids who practice up to eight hours a week while learning more about their heritage. The group started as a way for Maria’s family to cope in a difficult time and only consisted of her three kids. 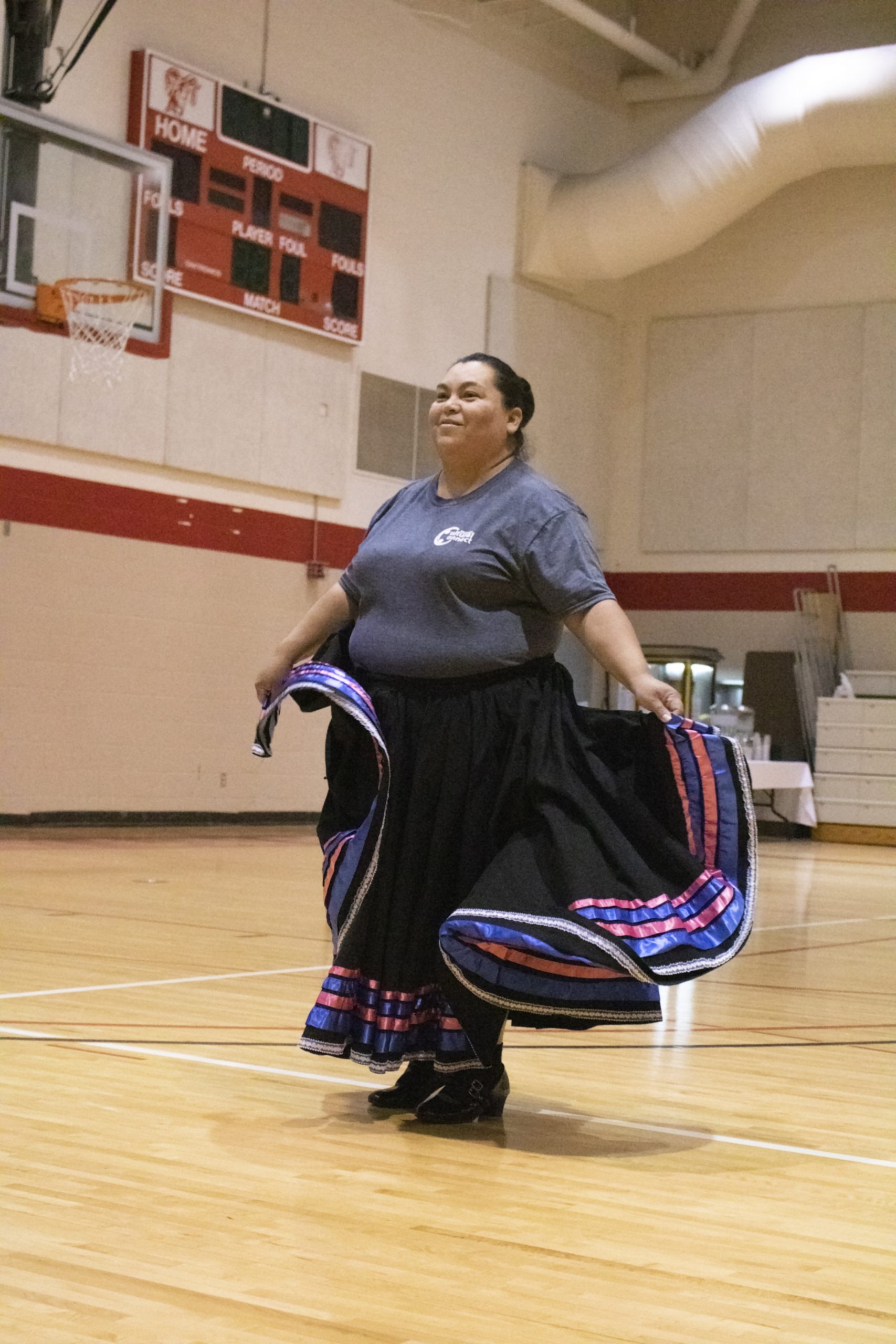 It quickly developed into something much bigger. When Family CARE heard she was teaching traditional dance, they asked her dance troupe for a performance at an event in Kearney and she agreed. Within a week, Maria expanded the dancers to six, sewed costumes for each one, and taught them a dance. Realizing other Latino children needed the therapeutic benefits of dancing, she opened up her lessons to any child willing to demonstrate: respect, honesty, loyalty, discipline, and commitment. She stresses the need for an education and requires the kids to maintain good grades to remain in the troupe. Maria’s goal is to help the children develop self-esteem and pride in their heritage through dance.

While in middle school in Chihuahua, Mexico, Maria learned traditional Mexican dances. She was required to learn the dance steps but she was not allowed to perform publicly because her family did not have the money for a costume. Because of this, when she started the troupe, she made the lessons and costumes free.

Maria is proud to say her students are excelling in dance and school. She has found that these lessons also give her a purpose, while giving back to her heritage and community. 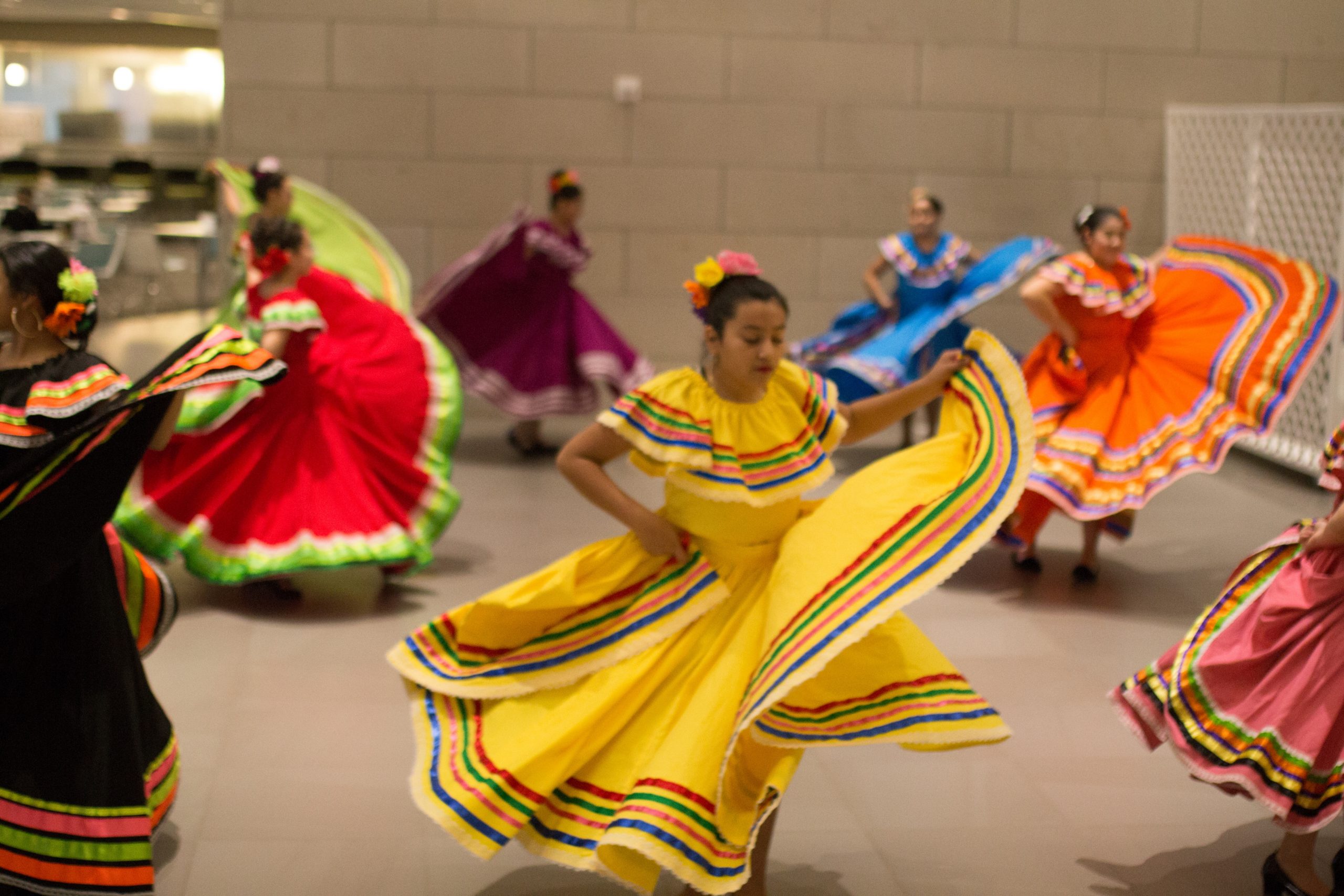 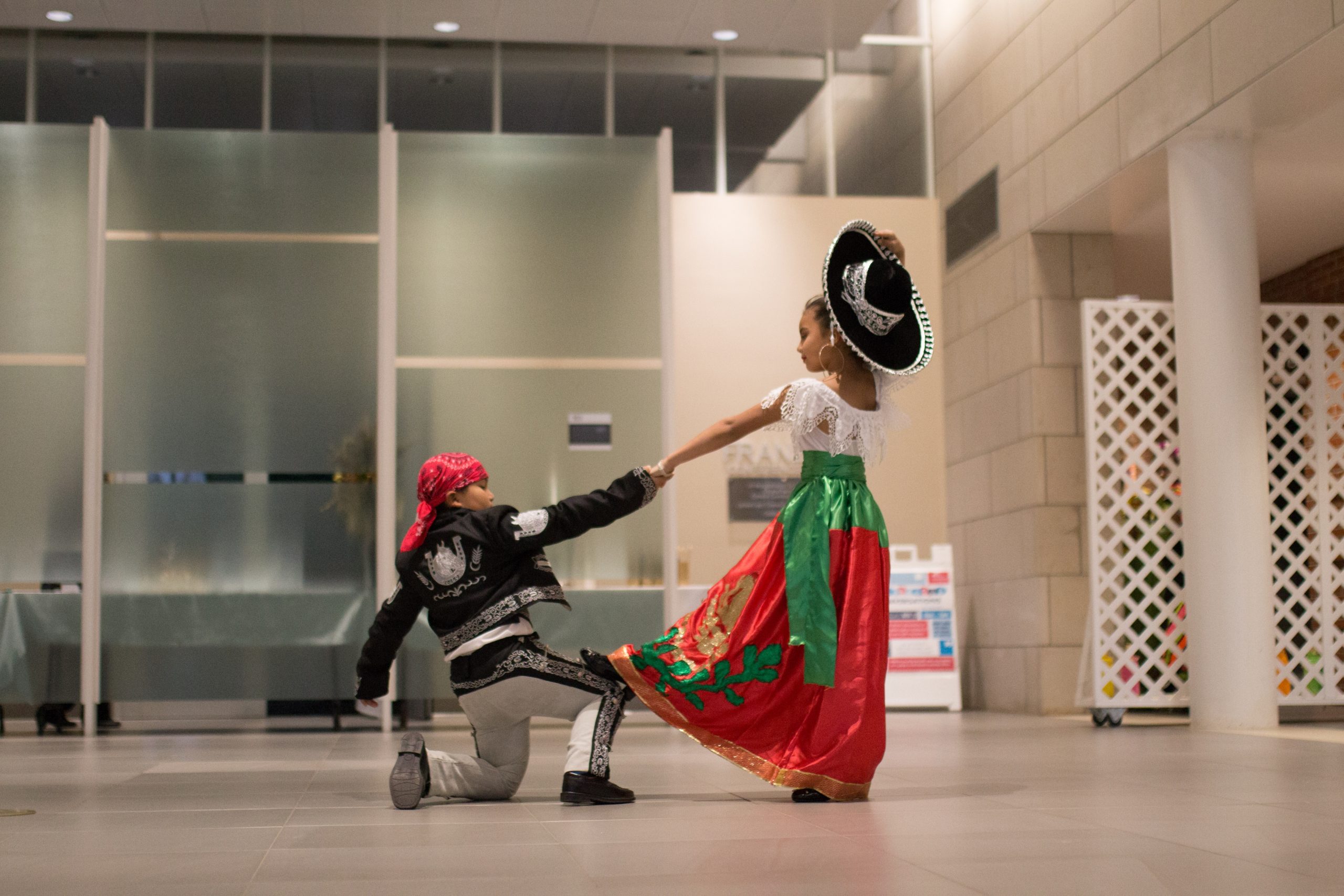 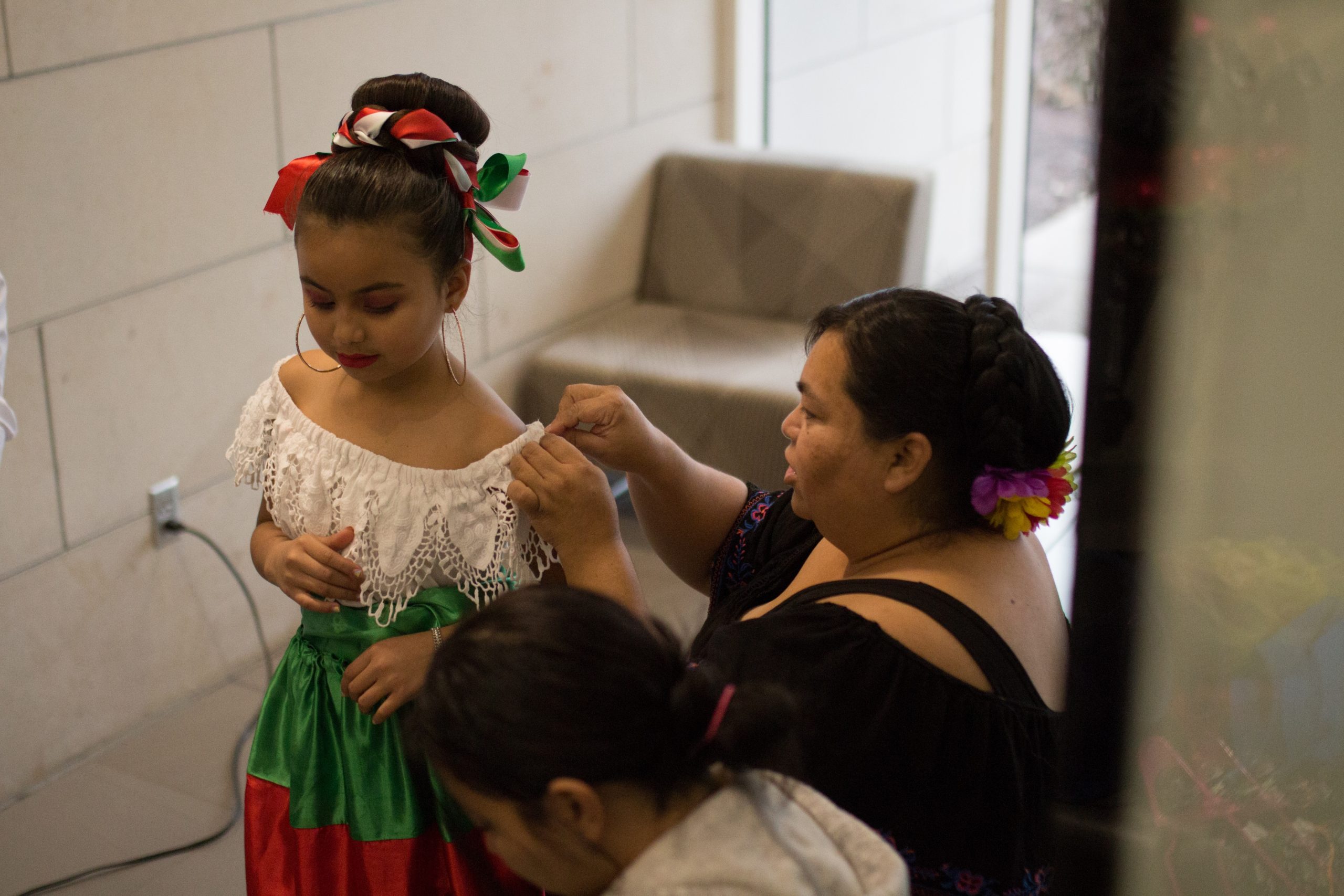 Maria repairing a dress for one of the dancers. 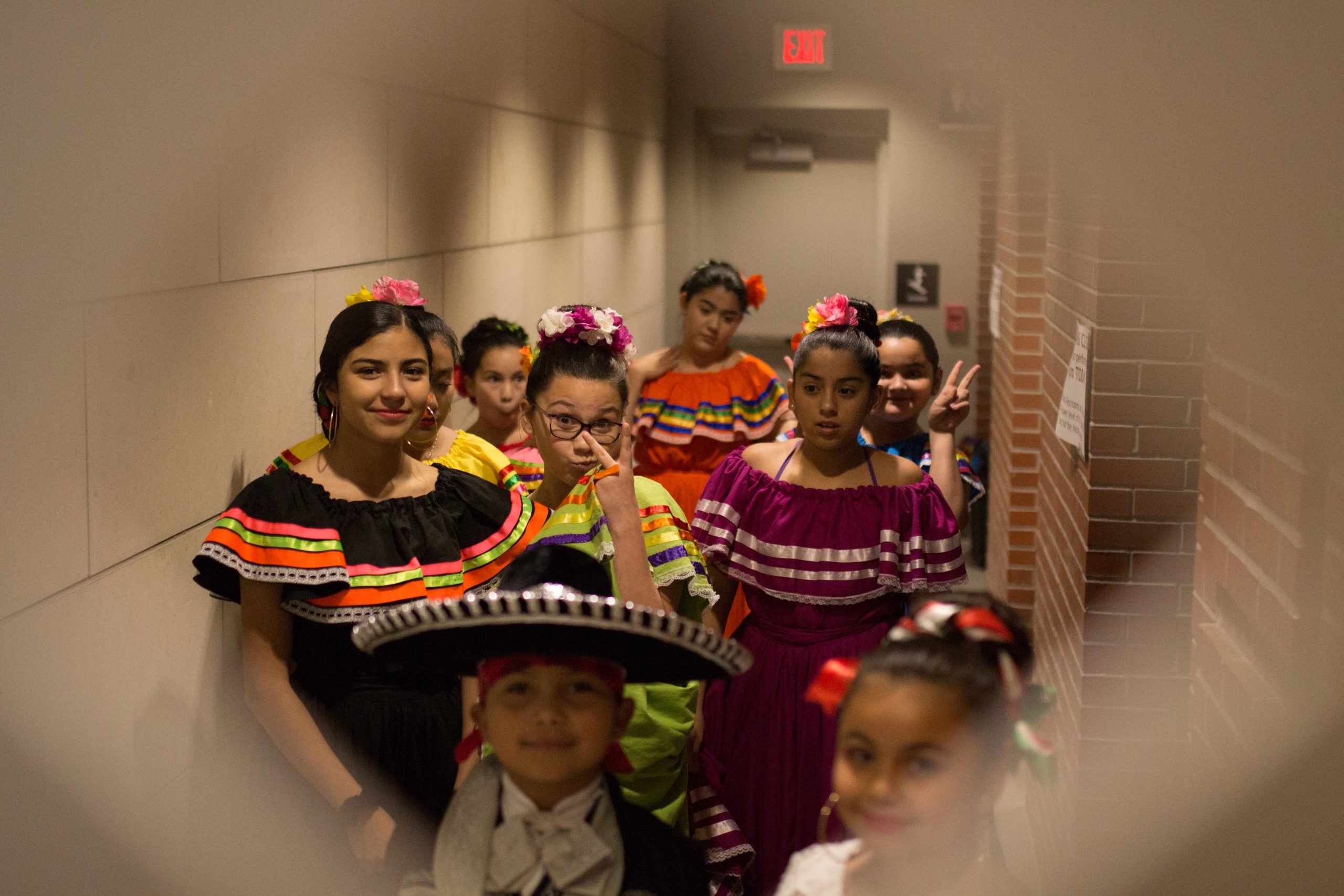 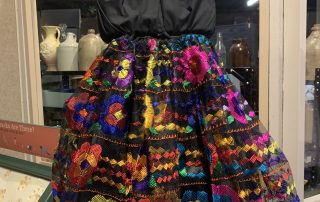 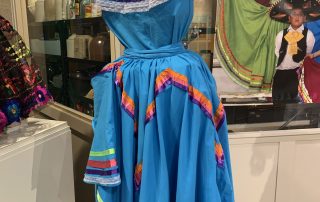 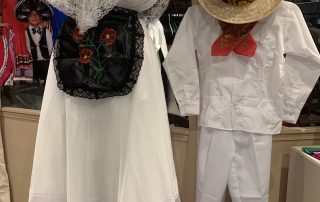 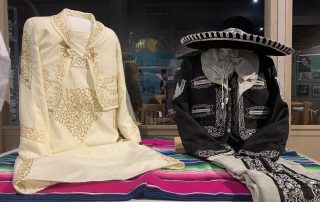 The Lilly Ledbetter Fair Act Pay Restoration Act of 2009 allowed victims, usually women, of pay discrimination to file a complaint with the government against their employer within 180 days of their last paycheck.

Aida was born in Guamúchil, Sinaloa, Mexico in 1969. She came to Hastings in 1995, with her two young children. Due to the cold and snow, she nearly returned to Mexico, but decided to stick it out. Because of her personal experiences, she is committed to helping others overcome the challenges of becoming a new American in rural Nebraska. Her main goal is to make sure everyone has what they need and knows how to access the services they require. 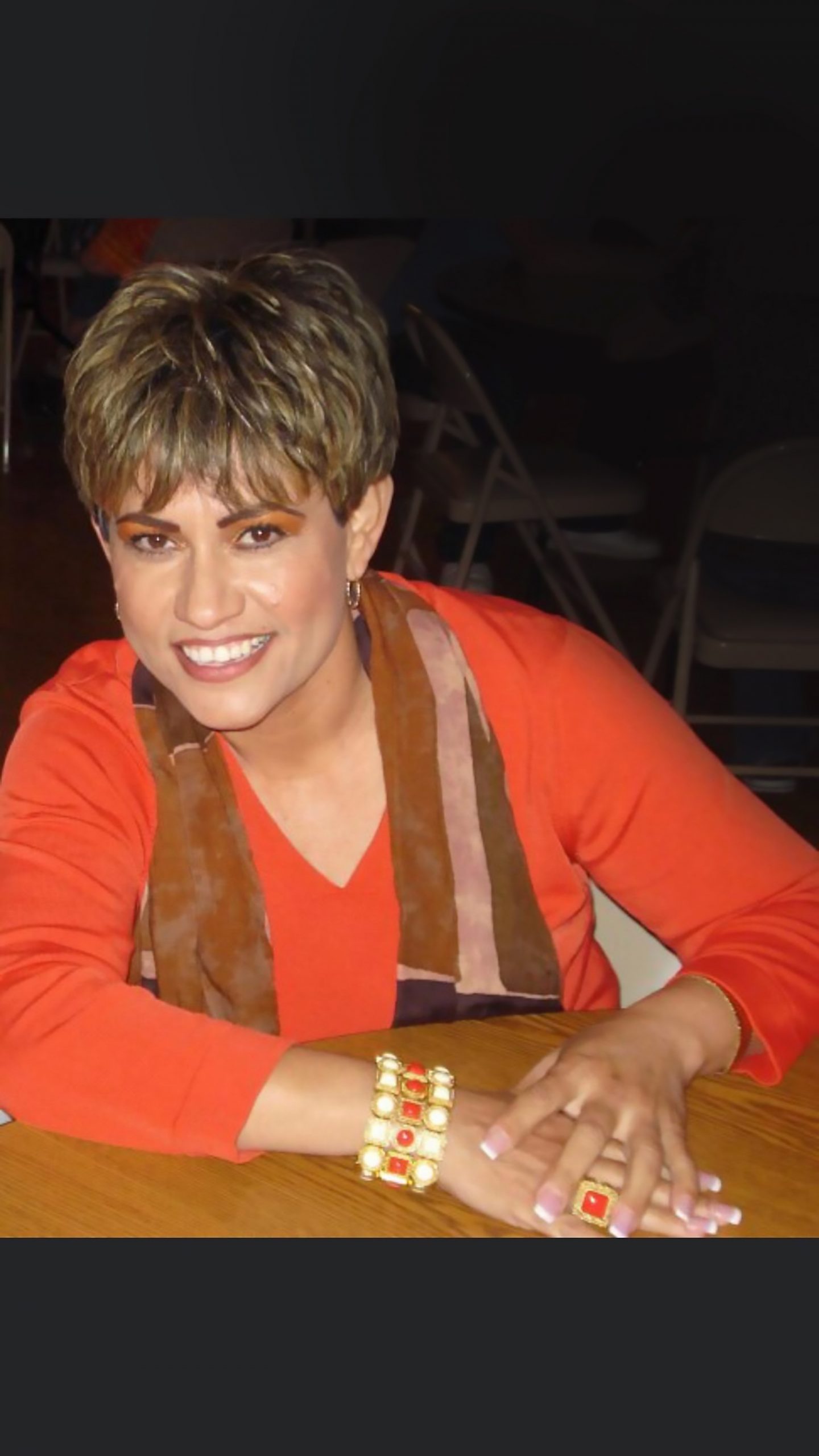 Aida serves on the migrant staff of Head Start in Hastings, a position created to respond to the needs of migrant farm worker families. She serves on the Nebraska Latino American Commission and the Hastings Museum Board.

With Aida’s help, a team of community leaders formed in Hastings to promote the values of intercultural understanding and inclusion. The team regularly meets to encourage inclusive practices, identify existing barriers to inclusion, and promote easy and straightforward access to city services and programs.