On March 15, 2019, the Hastings Museum and its Premiere-Level Members took part in the world-wide premiere of Superpower Dogs! That’s right, our Premiere Members watched this film in their hometown at the same time that it premiered on big screens in New York, Dallas, Los Angeles, and around the world.

The evening was wall-to-wall dogs! As guests arrived they were greeted by Eddie, and his handler Don Mueller, from Lutheran Ministries. Eddie posed for pictures, welcomed Members like a pro, and responded to all of Don’s (sometimes intricate) commands. People loved it. Once inside there were six more dogs to love, enjoy, and pet. Michelle Jones, from Howling Dog K-9 Training, and her team shared their comfort dogs, their expertise, and their enthusiasm for all things canine! 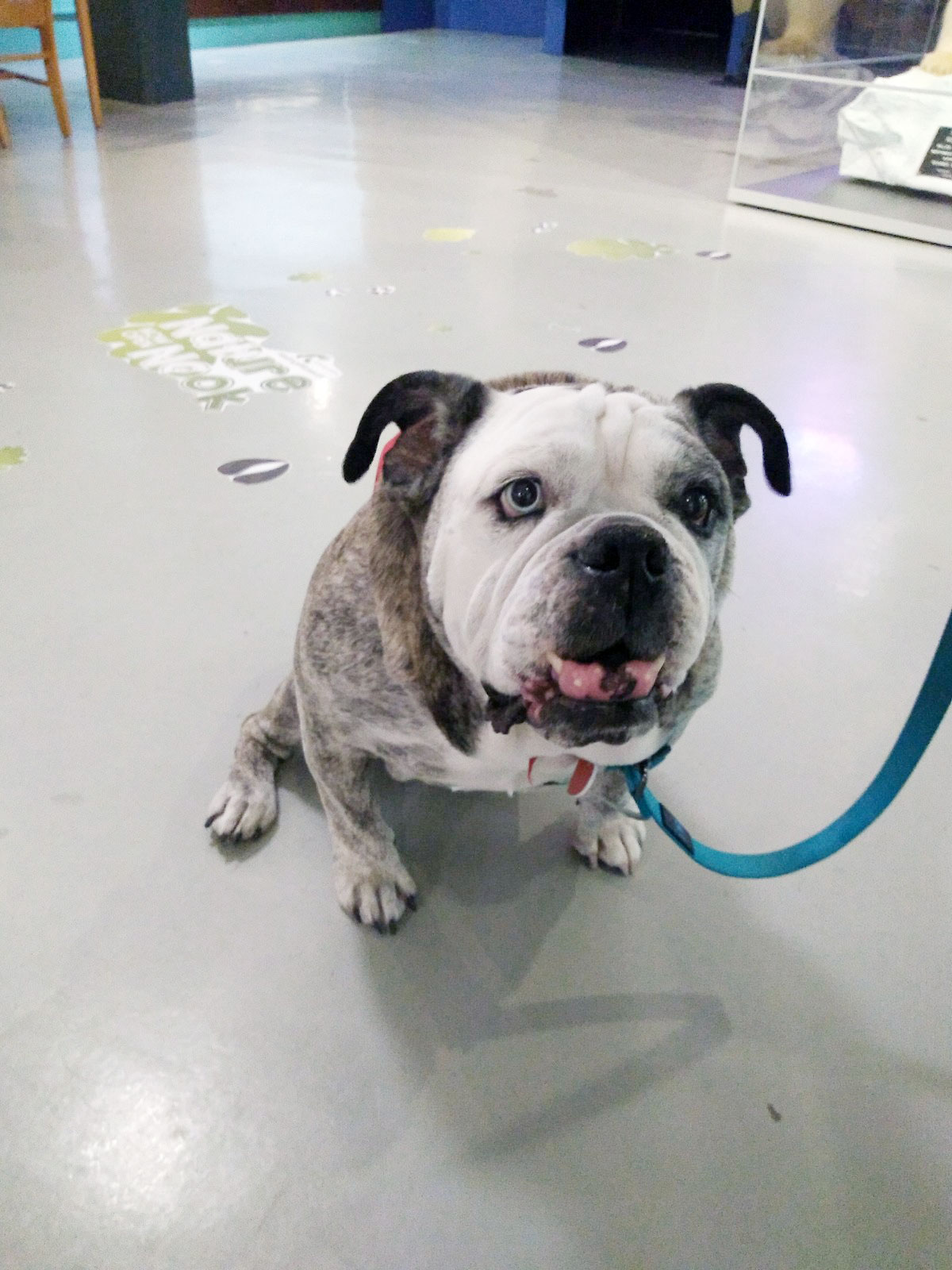 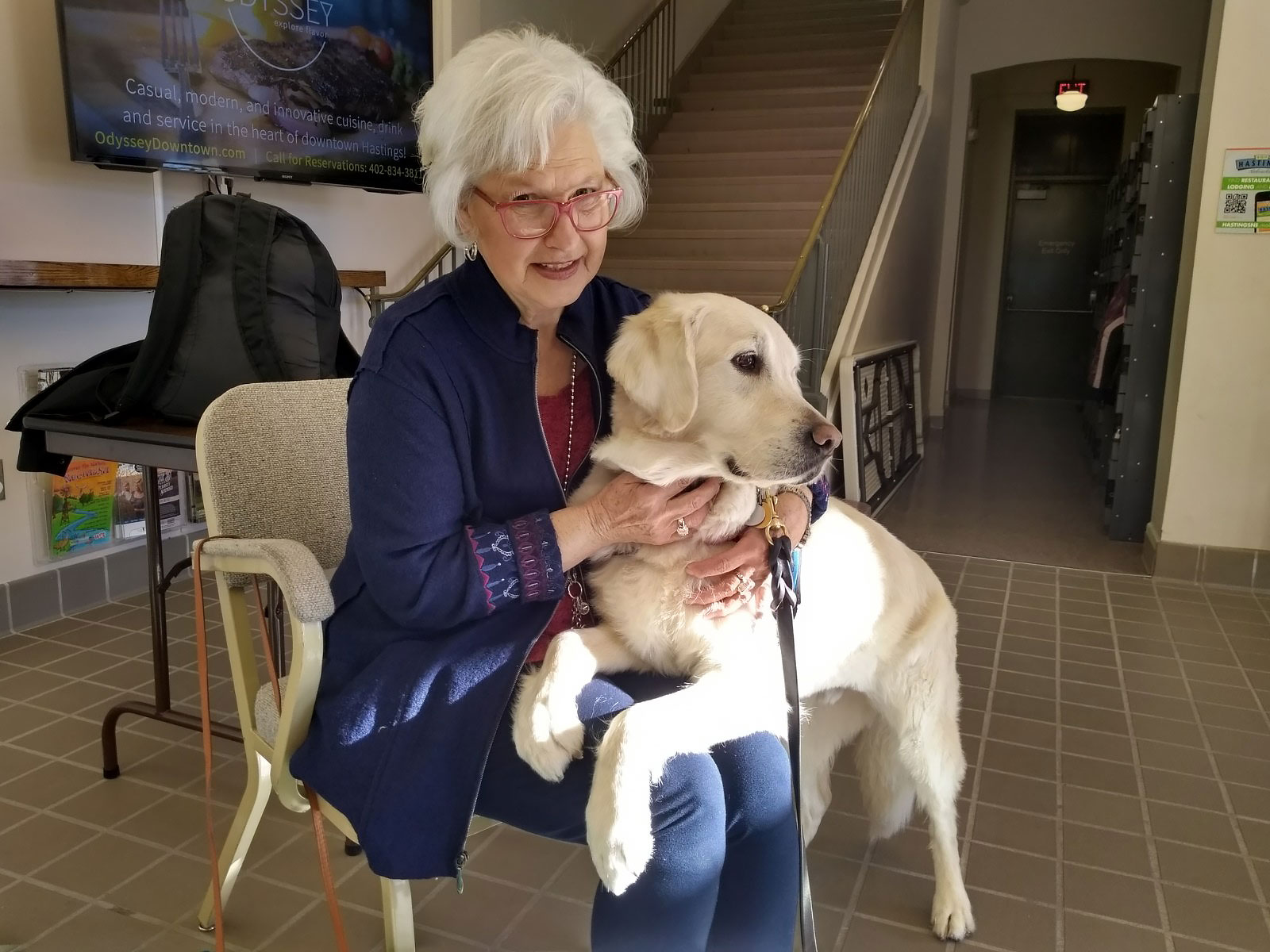 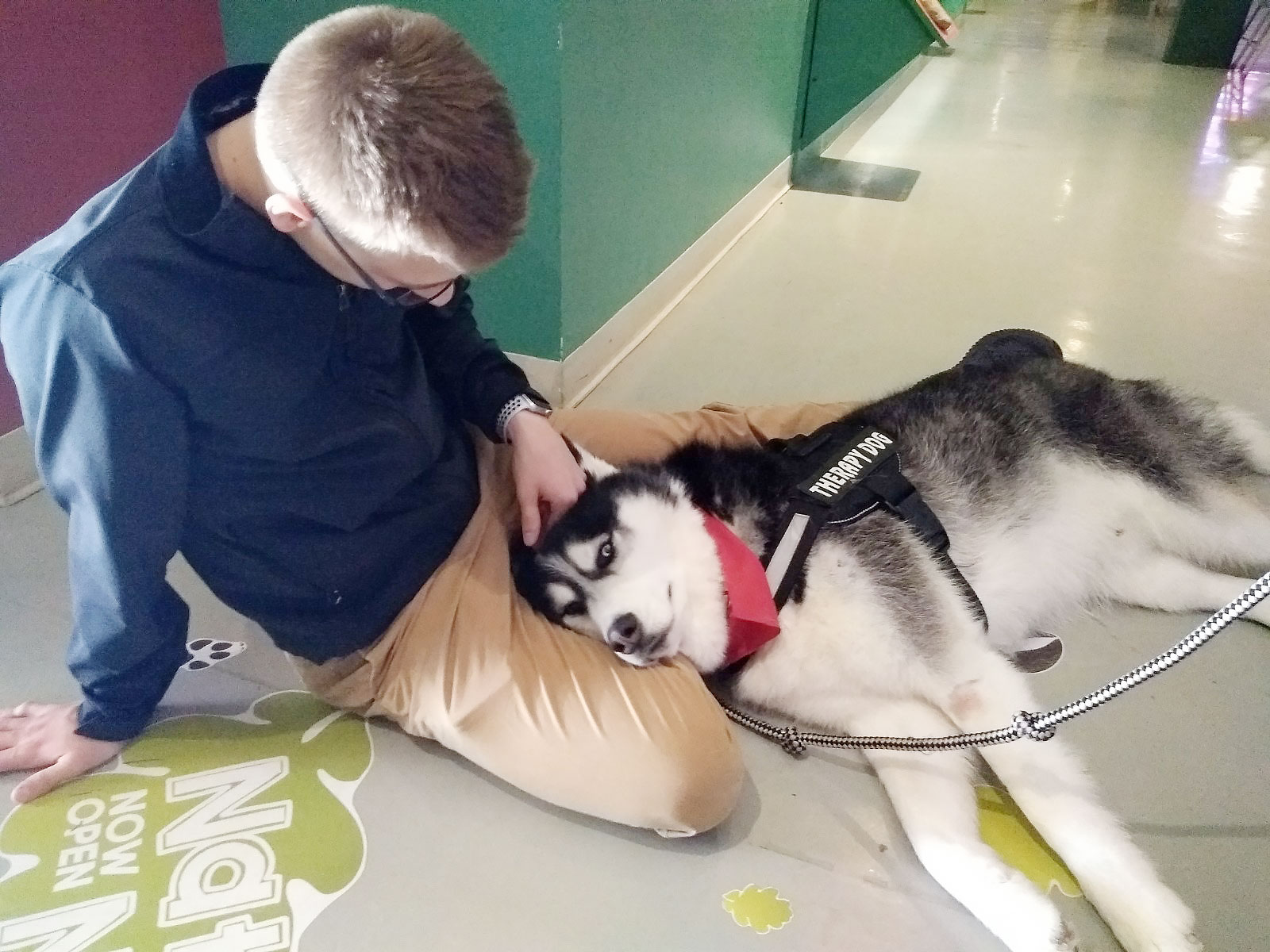 Comfort dogs, made us think of comfort food, so we served a make-your-own macaroni-and-cheese bowl with great toppings. Attendees also had the chance to be the first to see a new show in our Planetarium. The Sun, Our Living Star is from the European Southern Observatory, a 16-nation intergovernmental research organization for ground-based astronomy. It looked great on the Planetarium’s dome and got great reviews.

In the Theatre, Museum Director Becky Matticks welcomed the crowd and updated them on upcoming events. To give the crowd an idea of jobs dogs perform in their own community, she then invited Nebraska State Trooper Matt Workman to join her on stage. His highly-skilled dog works in drug detection. It was a great demonstration and he took the time to answer all of the crowd’s questions. Then on the film …

Narrated by Chris Evans, Superpower Dogs showcased the life-saving powers and extraordinary bravery of some of the world’s most remarkable dogs. The film did a particularly good job in explaining the astonishing science behind their amazing abilities. From search and recovery, to water rescues and long-distance tracking dogs have abilities that benefit humans is a number of ways.

Special thanks for this evening go out to NTV, the local media sponsor for Superpower Dogs.