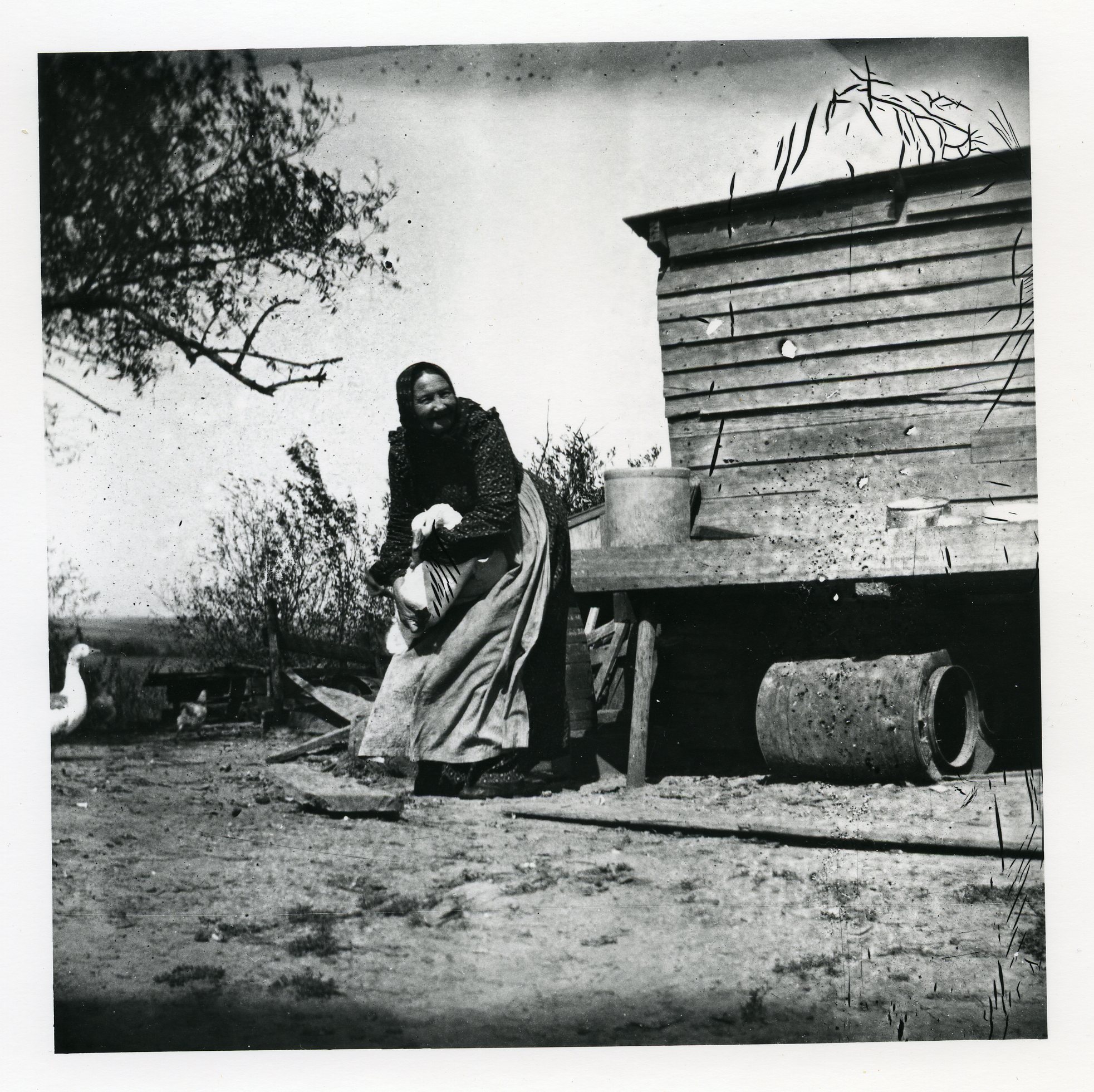 Addie Lane married in 1869 and started a family soon after. Within four years, her husband had died. In June of 1880, she and her daughter moved to Adams County to keep house for her brother. Five years later, she filed for a homestead in the Silver Lake Township. She first lived in a dugout, which was a rude shelter dug into the ground and usually roofed with sod. She later built a sod house and proved up in 1890. Addie is one of only 5 women homesteaders in Adams County who owned their land when they died.

Harriet R. Alexander was the wife of Samuel Alexander, Hastings’ honorary “First Citizen.” She arrived in Adams County before organized government even existed. Harriet and her husbandwere living in Lincoln, Nebraska, where he was the janitor for the new state capitol building. Samuel’s boss suggested that he acquire land under the Soldiers’ Homestead Act. Like other young Union army veterans, this idea was attractive to Samuel, so he claimed 160 acres in the northeast quarter of Section 12, Township 7, Range 10, between the Platte and Blue Rivers. In April 1872, Harriet, Samuel, and their infant daughter arrived at the new homestead. Twenty-three year old Harriet was the third female settler in the area and they built the second frame house in Hastings. 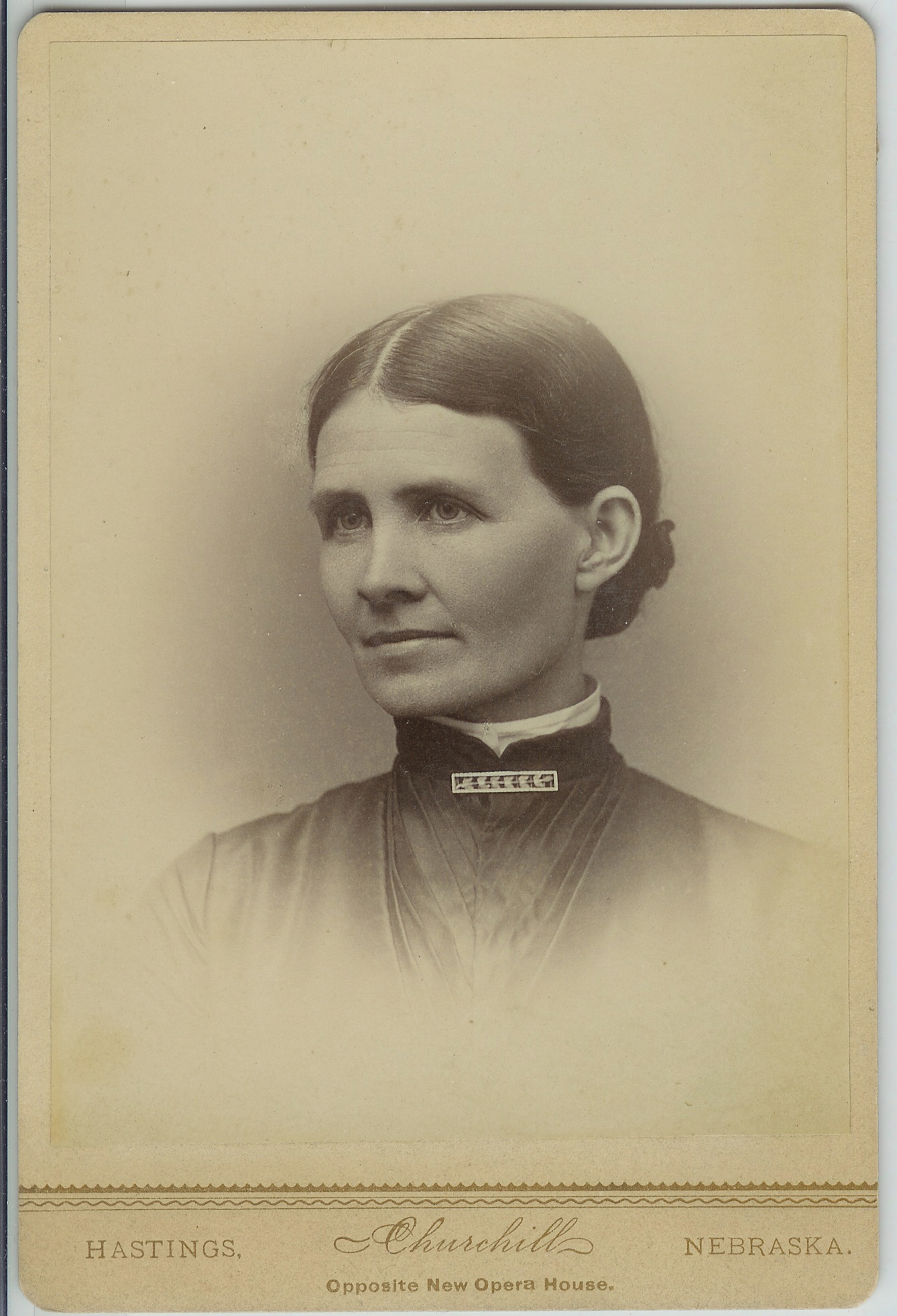 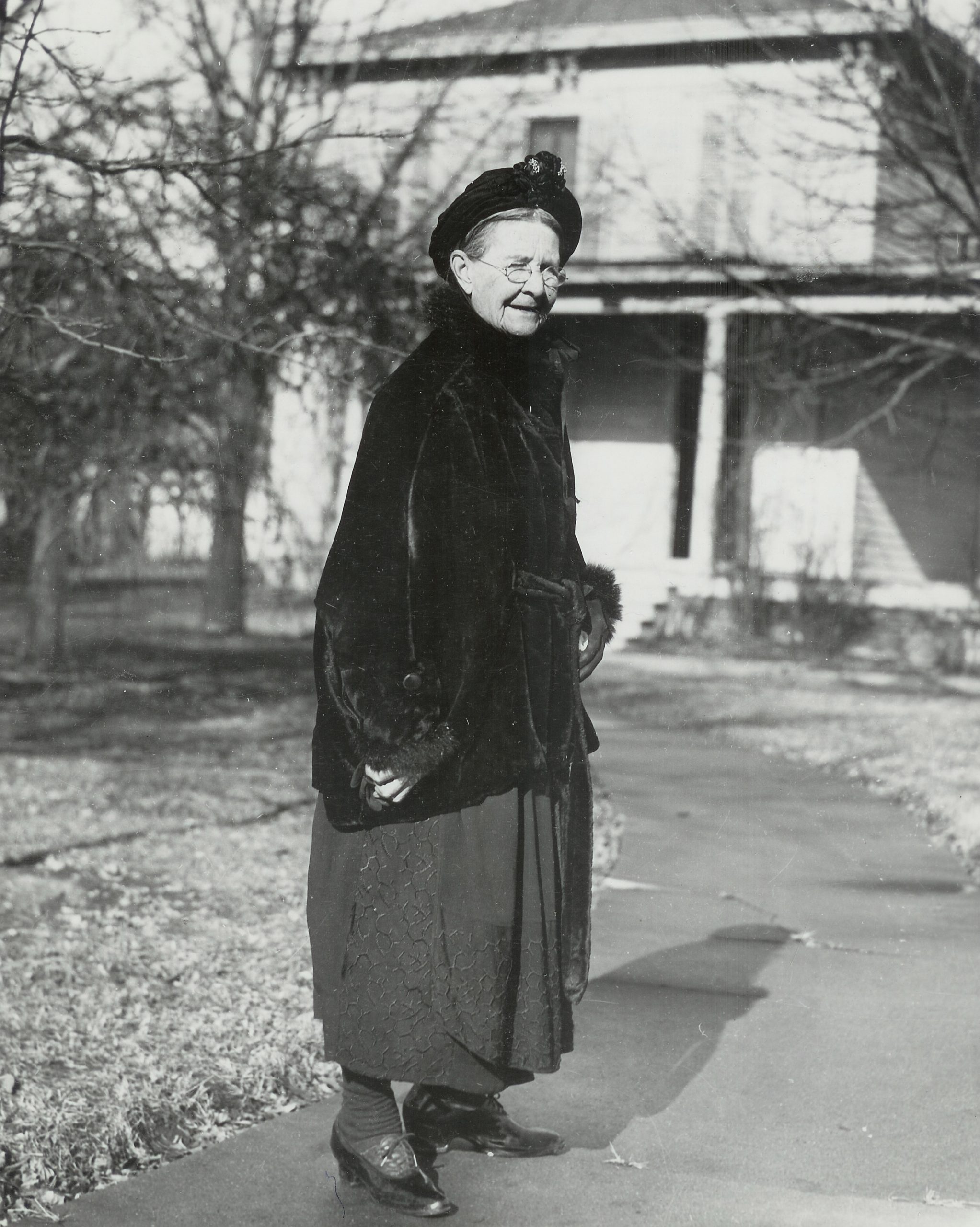 Harriet watched Hastings grow from two houses and one store into a city of more than 16,000 people and 5,000 homes. She was the last survivor of the early pioneers. She died at the age of 81. 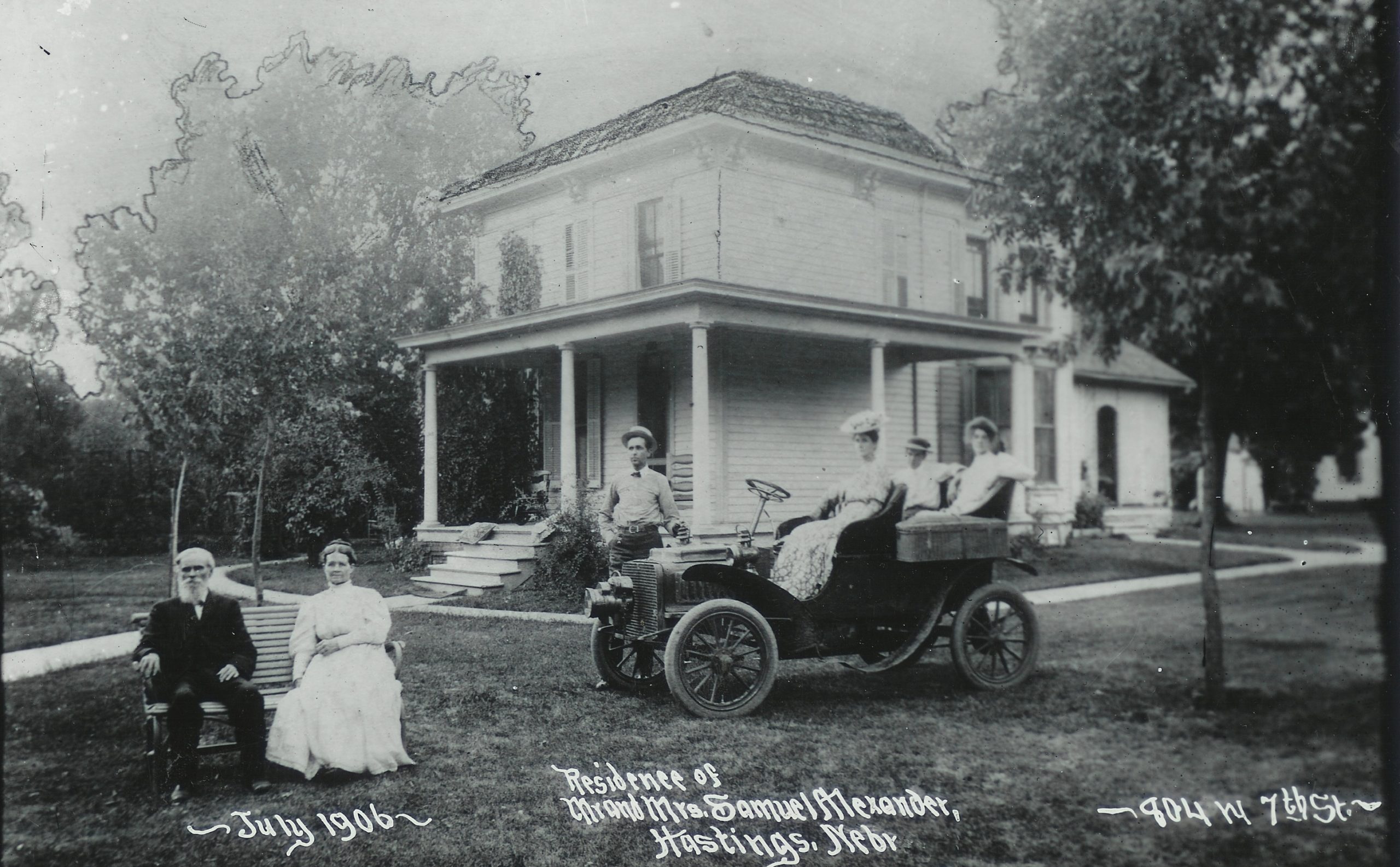 Mr. & Mrs. Alexander on bench, in front of their home, 1906. Courtesy of Adams County Historical Society. 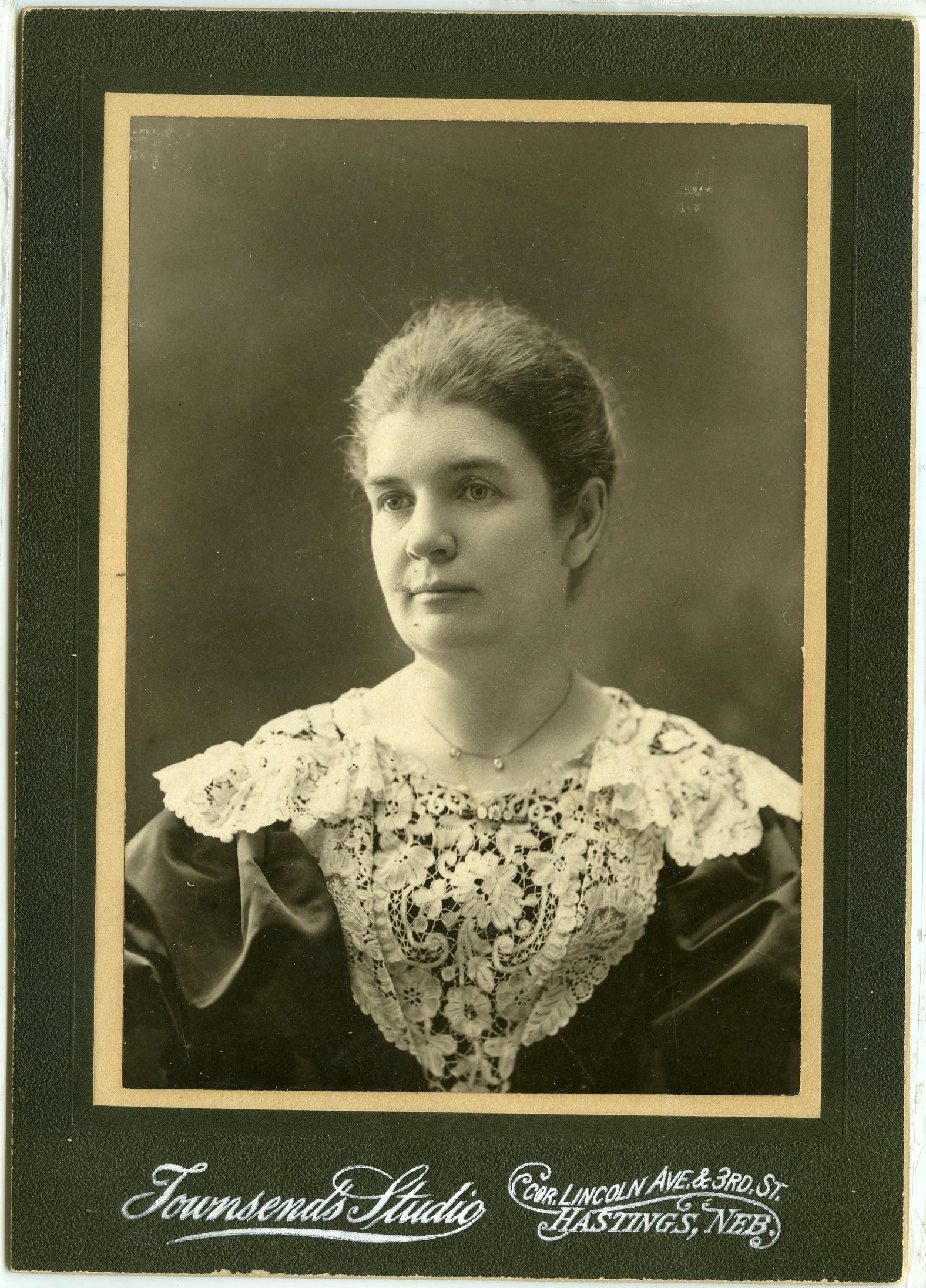 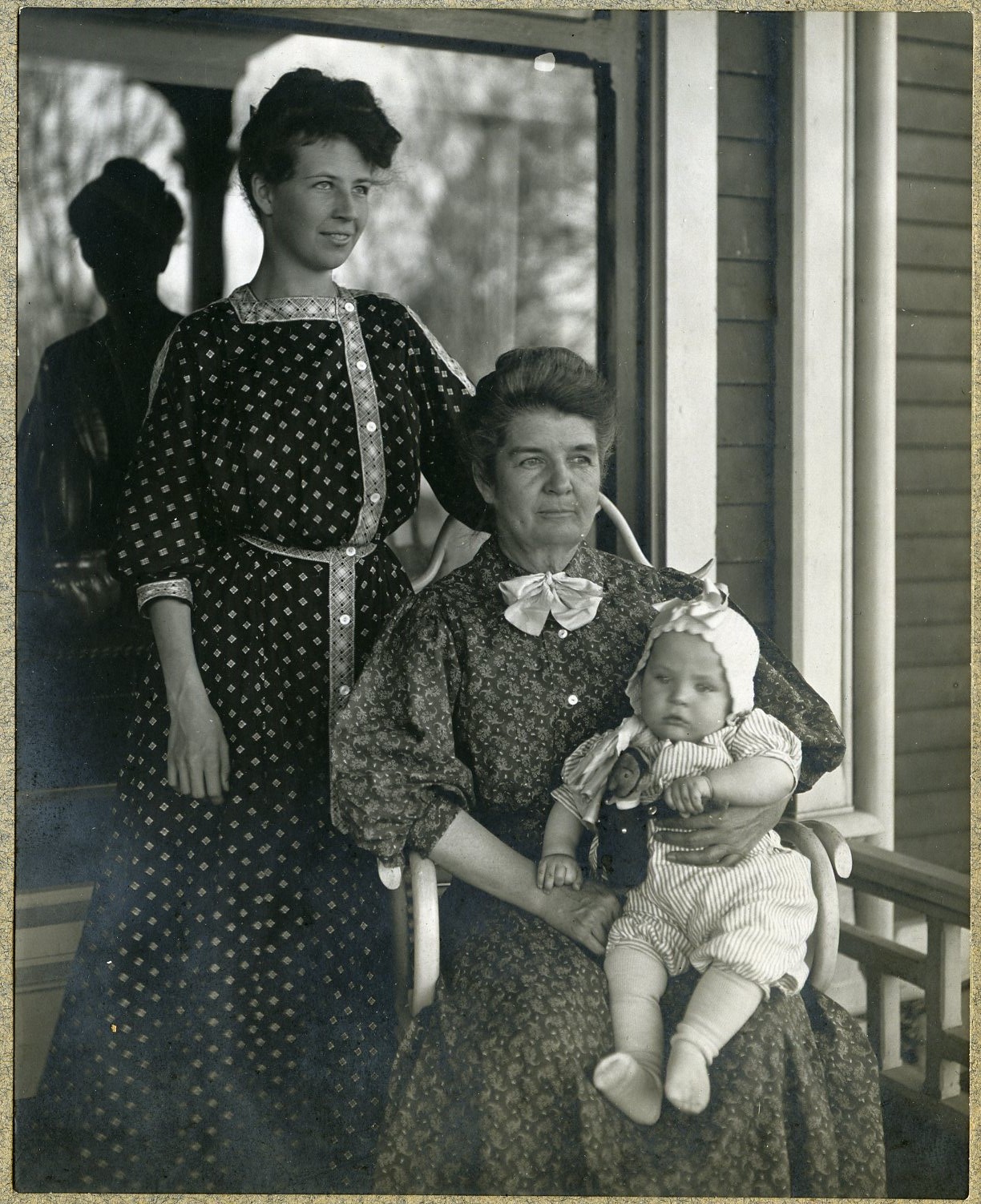 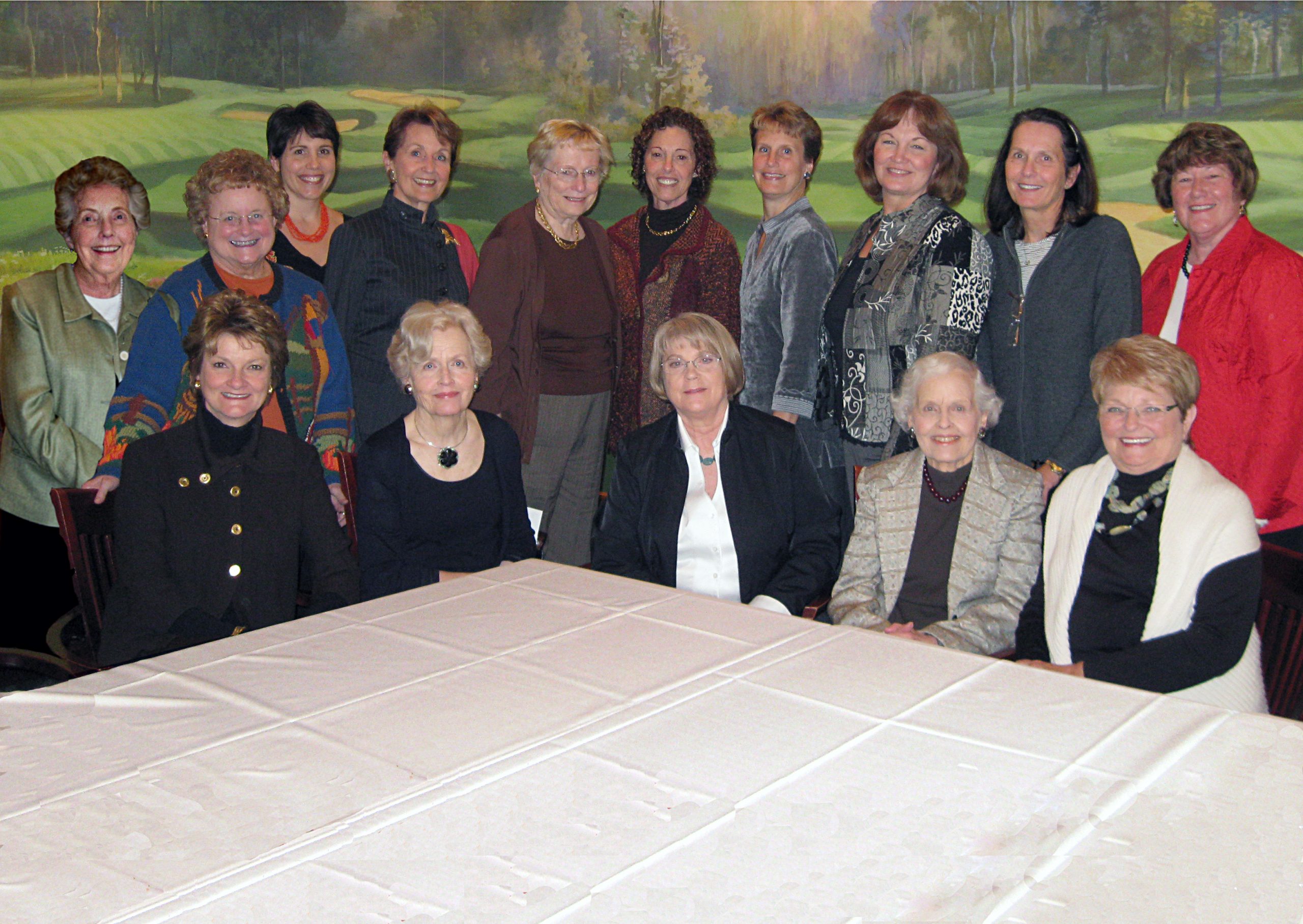 Pauline Shallenberger came to Hastings in 1881 as a teacher for the newly-established public school. She married John Ragan, an attorney, in 1882. In his private practice, he was an attorney for the Burlington Railroad. When the rail line was built through southern Nebraska, the towns of Ragan and Pauline were  established. These towns were named after him and his wife.

Pauline possessed a keen intellect and a deep concern for national and international affairs. Although she was not specifically an activist for women’s rights, she felt that women should constantly expand their mental horizons, develop their minds, and sharpen their critical abilities.

Pauline took an interest in Hastings’ young women and organized a number of study clubs for them. In 1889, she and a teacher of Greek at Hastings College began the George Eliot Club. The group was formed of women interested in civic affairs and self improvement. They studied English literature, wrote papers, and discussed philosophical ideas. The group still meets to this day. She opened her home to became a cultural center in Hastings with musical programs and literary events. She was also active in founding the Hastings Carnegie Library and Sunnyside, a home for the elderly.

China Tea Set – Painted for the George Elliot Club by Luella Vance Phillips, a well-known China painter who lived in Hastings in the 1880s.